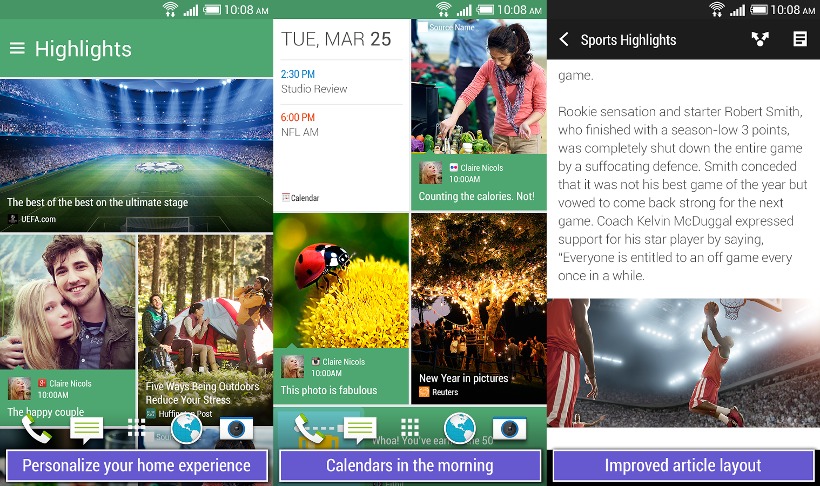 HTC has just taken off the veils from the One (M8), but is seems that one surprise lay hidden beneath walls of text. BlinkFeed, the company’s fancy news and social feed reader, will soon be making its way to other Android devices as well and not just HTC’s handsets.

Hours before the scheduled announcement, BlinkFeed suddenly appeared on Google Play Store. At that time, the conjecture was that its purpose was to make updates easier for HTC, the same way Motorola and Sony have offloaded their device-exclusive apps on Play Store as well. While that is still true, it seems that the move was paving the way for some even bigger news.

The revelation of HTC BlinkFeed’s future expansion lay somewhat unnoticed in the footnotes of HTC’s press release. According to the company, because of BlinkFeed’s popularity, it will be making the app available to other Android devices soon via Google Play Store. HTC BlinkFeed will be taking on Samsung’s Flipboard-powered My Magazine interface on the Galaxy Note 3, which remains exclusive to that device.

Of course, “soon” might take weeks or even months, but at least it’s something in writing that we can hold HTC to, unless they suddenly do a U-turn. HTC BlinkFeed will most likely first arrive on HTC’s own smartphones before making their way Android in general.