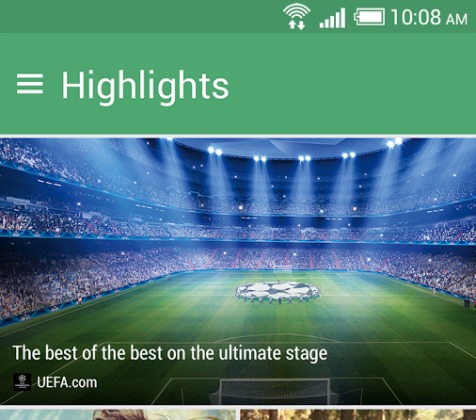 Just when we were feeling a bit sorry for HTC after leaks have almost taken away all possible surprises for its upcoming smartphone, the company itself “leaks” out on its own. Now available on Google Play Store are two crucial pieces of HTC’s software ecosystem, the BlinkFeed launcher and a rather mysterious Service Pack.

Granted, the apps aren’t really available for any other smartphone, not even the old HTC One. This could mean that the apps are only compatible for the New HTC One. Regardless of their compatibility, their sudden appearance does somewhat build up the tension around HTC’s scheduled event on this Tuesday.

The apps themselves don’t really reveal anything new that we haven’t already been aware of, thanks to the numerous leaks and tips leading up to this moment. The Service Pack screenshots do betray the presence of on-screen navigation keyboards that have been believed to be one of the important changes in the All New HTC One. They’re existence as separate apps on Google Play Store does imply that HTC will be providing updates via Google’s app ecosystem rather than the previous practice of baking them into firmware updates, which, more often than not, costs more time and effort to release.

We’re just hours away from the anticipated event and the pieces are all in place. The mobile world will be watching with eager or critical eyes on the smartphone that could make or break HTC’s spot in the industry, especially in the US.