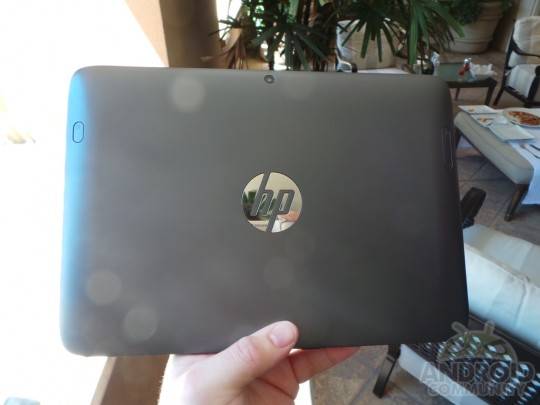 The folks from HP have been trying to break into the Android tablet game lately. First with their not so impressive Slate 7 tablet, and now with their Slatebook x2. HP’s new Slatebook x2 has a pretty good shot at reaching the homes of many potential buyers thanks to the 10-inch full HD display and quad-core Tegra 4, and we’re now hearing it might ship early.

Earlier this month HP officially announced the Slatebook, and we managed to get some quick hands-on time with it last week at CTIA. With a 10-inch 1920 x 1080p full HD display, stock Android 4.2 Jelly Bean and more all docking Transformer-style into a keyboard dock, this is one to watch out for.

The initial announcement from HP had us excited for the new device until we got to the bottom. Which states this Tegra 4 quad-core powerhouse wouldn’t arrive until late August. That’s just too long to wait these days especially for such an awesome sounding device. Micro-SD, HDMI out, stock Android, 16GB of storage and more all with front facing speakers. We want one already.

While the U.S. market might have to wait until late August to see this hit the shelves, it’s being reported that over in Europe it will be available in July. The device is supposed to hit the streets with options from 16 up to 64GB of storage, as well as the micro-SD slot, and hopefully HP also adds a 4G LTE model to their roster. We’ll be looking forward to a full review to test that Tegra 4.