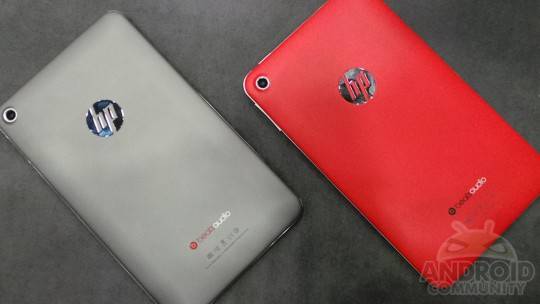 HP officially announced the Slate 7 tablet back in late February and at the time they were pretty forthcoming in terms of price and specs. The release details were not quite as complete, however HP did say the tablet would be available beginning in April. Well, it now looks like that release time has quietly been pushed up a few months. HP hasn’t said anything specific, but the Slate 7 page on the HP website has been updated.

Basically, it is looking like the April launch has been pushed to June. The odd part here is we had recently seen the FCC filing which implied that progress was moving along as expected. The Slate 7 page on the HP website currently has the tablet as being “available June 2013” and a notify me button.

UPDATE: HP has updated its website, apparently there was an error and the HP Slate will still be available in April 2013! 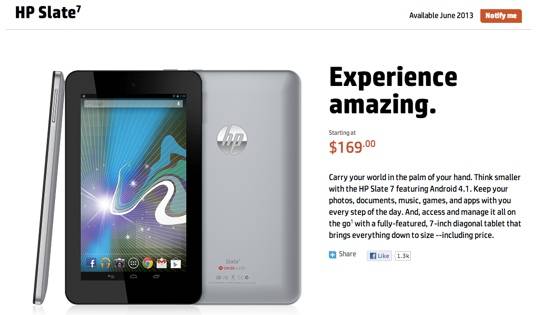 There also appears to be a very small addition on the back of the tablet. The model pictured on the HP website now has the “Slate 7” name sitting above the Beats Audio logo. The model we spent some hands-on time with in February was missing the name. Otherwise, the specs for the Slate 7 include a 7-inch 1024 x 600 display, dual-core 1.6GHz Cortex-A9 processor, 1GB of RAM, 8GB of internal storage and a microSD card slot.

The tablet will also have a front and rear-facing camera — VGA and 3MP respectively, along with a thickness of 10.7mm and Android 4.1 Jelly Bean. The Slate 7 will be selling for $169. With that, those looking for a bit more on the Slate 7 may be interested in checking out our hands-on from February.