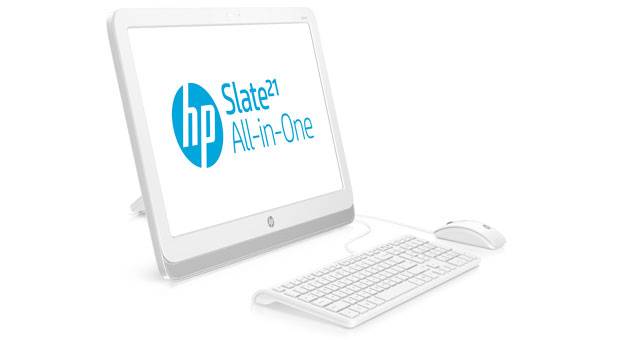 We have seen Slate branded devices from HP and we have seen all-in-one desktop computer style devices from HP. As of today however, it looks like the company has merged the two lines with a uniquely sized system running Android. Specifically, this system will be running Android 4.2.2 Jelly Bean, though we suspect the size of the device may be more important here.

This system will bring a 21.5-inch display and has been dubbed the HP Slate 21 All-in-One. Basically, what you have is a 21.5-inch touchscreen device that can sit propped up thanks to the fold-out kickstand on the backside. And when in desktop mode, HP has included a wired keyboard and mouse for easier navigation.

We are interested to see some real-world use cases here, however HP is pushing the Slate 21 as being perfect for browsing the web, media consumption and video calling. On the topic video calls, the Slate 21 will have an HP TrueVision HD webcam for just that reason. 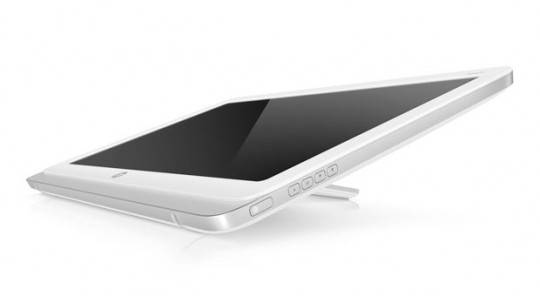 Other goodies here include DTS Digital Theater Sound, a pair of stereo speakers and a 1080p HD display. Aside from being 21.5-inches and 1080p, the display will support ten-finger multi-touch. Otherwise, HP has the Slate 21 powered by an NVIDIA Tegra 4 processor and based on what we can see from the images — it looks like the kickstand will be able to offer a few viewing options. 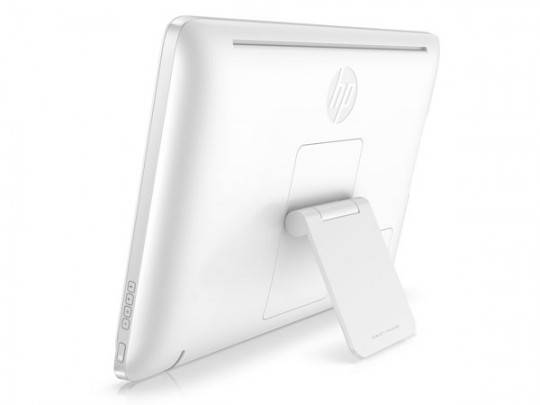 While these details have been confirmed by HP, there are still quite a few pieces missing. For one, we have yet to see a full and complete set of specs. But perhaps more important, HP has yet to confirm the price or release date. So far HP has only said those details will be released as the Slate 21 is ready for release in each country.