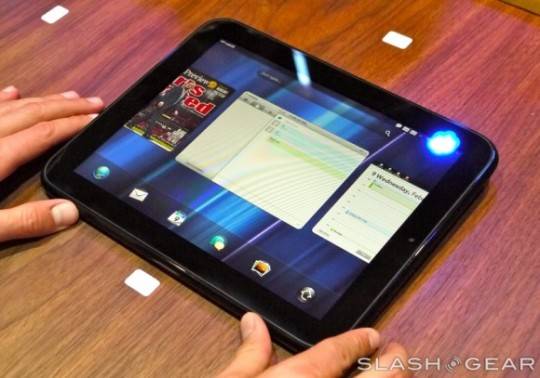 Today we’ve just learned a lot about HP‘s upcoming plans. They’ve completely ditched WebOS on all fronts and look to be headed down the green street we call Android. This weekend they announced their first Android-powered device, the HP Slate 7, and now it has been confirmed that HP just sold WebOS to LG Electronics. There’s a few small important details regarding the deal, so read on for more information.

First off WebOS has been basically dead for a hot minute. Many were hoping it would go open-source, but sadly that never fully happened even though they released kernel pieces to the Android developer community. Now today the news has been confirmed that they’ve sold off WebOS to LG Electronics. We’re not being told how much just yet, but you can bet it was no where near the $1.2 billion HP paid for it from Palm.

The most important part of this news is LG won’t be able to use it for any of their smartphones or tablets. Instead this operating system is only allowed in LG smart TVs and such. We’re seeing reports that LG doesn’t intent to use it on smartphones, and other reports stating they aren’t allowed to – so we’re still digging for all the details.

Many of the key members of the WebOS team have already left, some went to Google, and others are still around in a project called Gram. For now it appears that the LG WebOS team will stay at their two remaining facilities in Chicago and San Jose, California, while the rest will head to LG’s Silicon Valley Labs. LG now owns all the source code, engineers, and everything else that went along with it. Sadly we’ll only see parts of it end up in Smart TV’s.