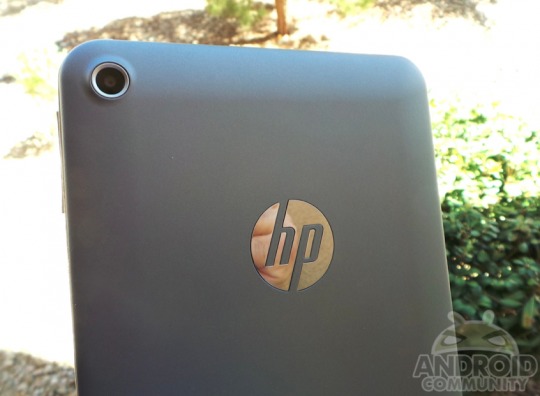 It seems details of the HP Brave have arrived by way of an AnTuTu benchmark screenshot. The specific scores were not revealed, however there were some specs — including how the handset is currently running Android 4.2 Jelly Bean and sporting a 4.5-inch display. 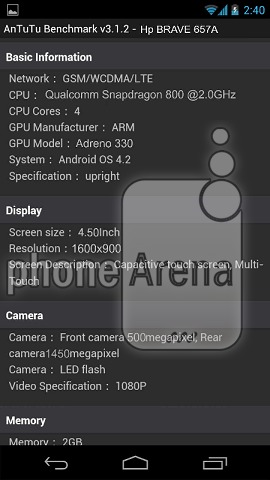 The key here, while these specs seem exciting enough — we do have to remember that these are early details. Not to mention, they are details that have yet to be publicly announced by HP. Simply put, things can and likely will change before any of this becomes official.

Another side to consider is the hardware. HP certainly has the capability to offer something solid, however aside from one leaked render, we have yet to see what the Brave will look like once released. With that, HP hasn’t offered anything in terms of a timeline so it looks like the rumors and leaks will have to suffice for now.

[Update] HP has reached out with the following statement;

“The photo is a fabrication and is not a photo of anything HP has in the works. Someone is making stuff up.”