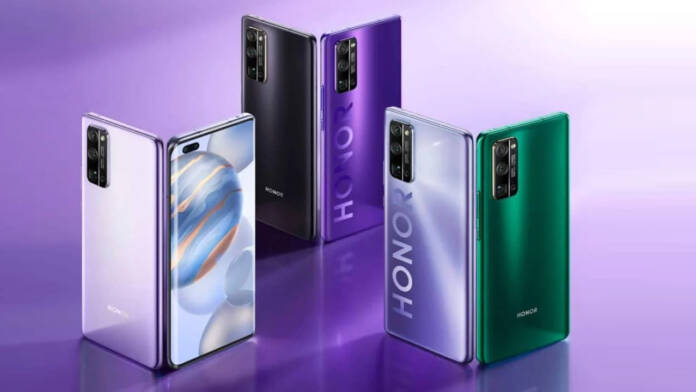 The mid-range and flagship segment Android smartphone war is heating up with all major manufacturers like Xiaomi, OnePlus and OPPO revealing their versions to lure in more customers. Honor has given buyers one more reason to think with its value for money Honor 30 series revealed today, which is targeted at the younger generation. Honor 30, 30 Pro and 30 Pro+ are a trio of 5G phones debuted at the company’s online event just one day after the OnePlus 8 and 8 Pro were announced officially.

The three phones launched by Huawei Technologies owned Honor are made from premium-looking metal and glass material. Each of them features multiple camera setup on the rear which does protrude a bit owing to the larger sensors. They have power/lock and volume rocker on the right side. All the three devices run on Android 10 with Honor’s Magic UI 3.1.0 overlay interface which promises near vanilla Android experience.

Sadly, the phones won’t have Google Play, Google services or apps due to trade restrictions imposed by the U.S. government on Huawei. Honor 30 and 30 Pro are up for pre-order right away and will be available from April 21 onwards. However, Honor 30 Pro+ doesn’t have a release date yet. In spite of certain similarities, there are many differences in the three models, so let’s jump straight into their specifications, design and pricing details to know them better. 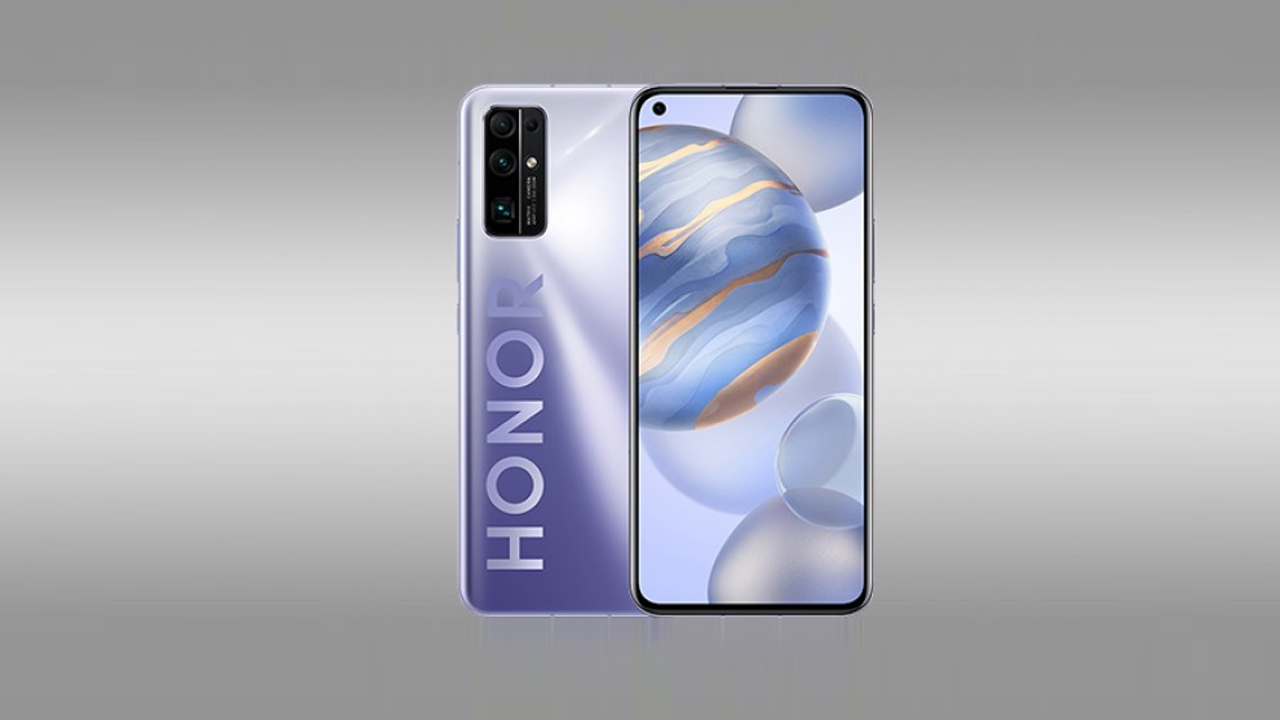 The base model in the series, Honor 30 has a 6.53-inch flat fullHD+ (2400 x 1080) OLED display with 20:9 aspect ratio and an under-display fingerprint sensor. It is powered by a 5G chipset Kirin 985 64-bit octa-core processor built on the 7nm node and features a main Cortex-A76 core clocked at 2.58GHz. The Mali-G77 GPU has the Kirin ISP 5.0 which ensures stellar camera performance and advanced noise reduction. 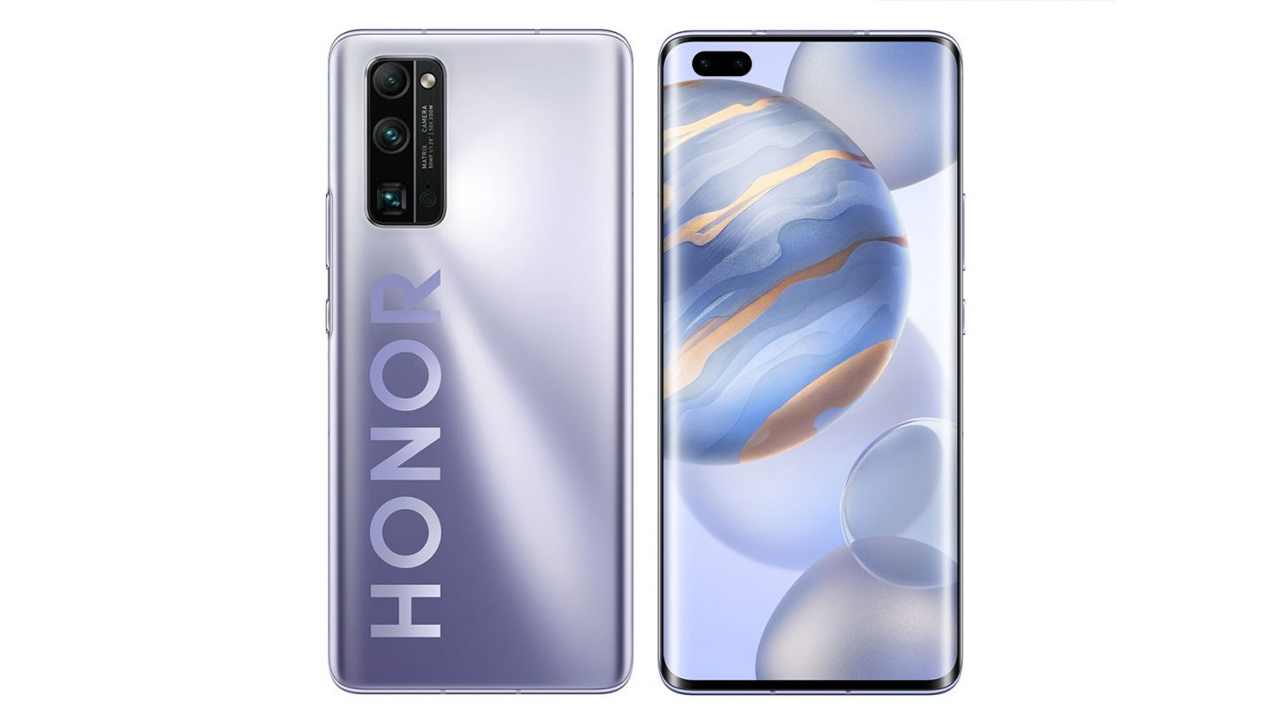 Honor 30 Pro comes with a 6.57-inch OLED FHD+ curved display having a resolution of 2340 x 1080 pixels. This one feels more premium with a tall 20:9 aspect ratio and a built-in fingerprint sensor. The Pro version is powered by a Kirin 990 64-bit octa-core processor mated to 8GB or 12GB of RAM that comes in 128GB or 256GB storage options with expandable capability. The battery capacity is the same at 4,000mAh with 40W wired fast charging option.

The phone also uses VC liquid cooling technology featuring 15% increased heat dissipation capacity when compared with the previous generation phones. This will be a noticeable feature for people looking to play graphics-intensive games for an extended period of time. For the optics, the 30 Pro has 40MP Sony IMX600 wide-angle lens primary camera with f/1.8 aperture, a 16MP ultra-wide shooter (f/2.2 aperture) which doubles as a macro shooter and 8-megapixel telephoto camera (f/3.4 aperture) having 5x optical with up to 50x hybrid zoom and Optical Image Stabilization. It also has laser autofocus and PDAF.

There’s are dual front-facing cameras on-board housed in the punch-hole cut-out. A 32MP primary shooter and secondary 8MP ultra-wide lens should be enough to clip impressive selfies. The phone comes with a price tag of $565 for 8GB/128GB and $620 for the 8GB/256GB variant with an option to choose from Emerald Green, Icelandic Frost, Midnight Black, Neon Purple, and Titanium Silver color variants. 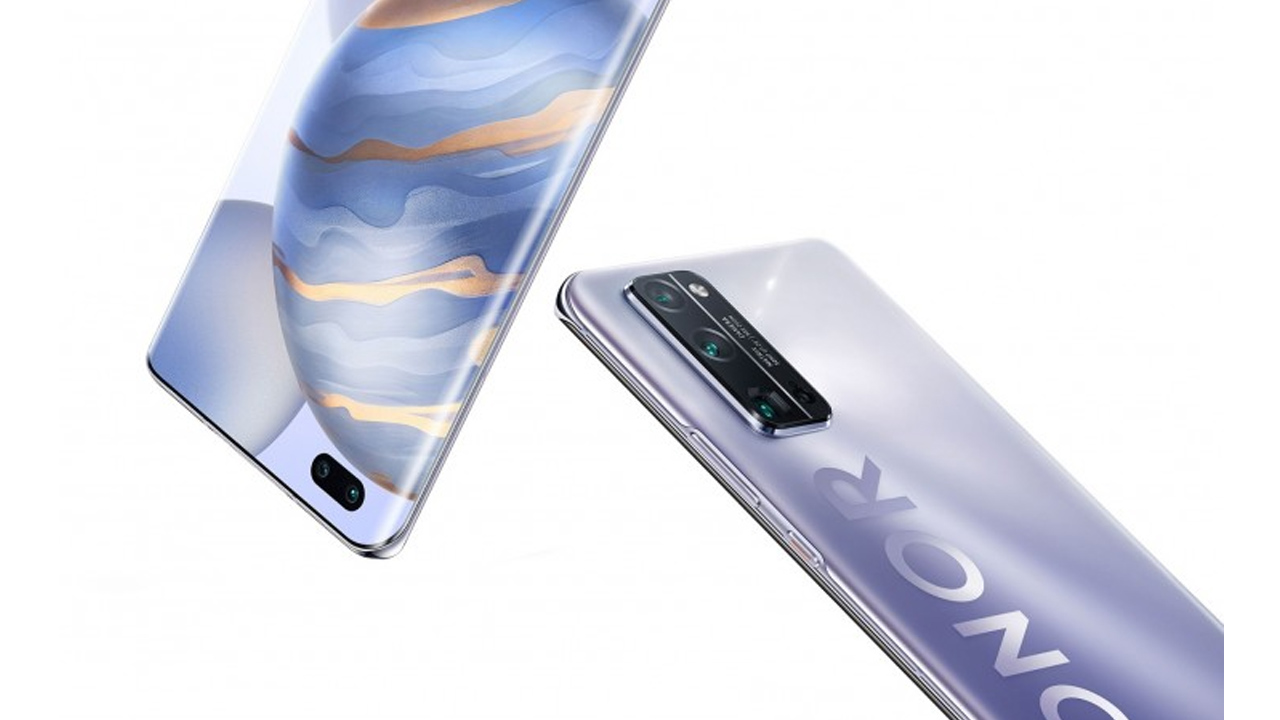 Honor 30 Pro+ is the king of the pack with flagship features that’ll give buyers a solid reason to think before turning it down. This variant comes with a 90Hz 6.57inch AMOLED curved panel supporting 180Hz touch sampling rate and UD fingerprint scanner. There’s the same 4,000 mAh battery with the option for 40W wired or 27W wireless fast charging. The chipset and body design are the same as that of the Honor 30 Pro with the difference being in the RAM offered. There’s a dual variant option of 8GB or 12GB RAM with a 256GB internal storage.

Now comes the impressive camera setup which sets Honor 30 Pro+ apart from its siblings. There’s a 50MP ultra-sensitive f/1.9 Sony IMX700 sensor primary camera, 8MP periscope telephoto shooter (f/3.4) capable of 5x optical zoom and up to 50x hybrid zoom. The third one is a 16MP ultra-wide camera with a 17mm equivalent lens that doubles as a macro lens. The font-camera setup is the same as 30 Pro.

For the more serious photographers, the camera also supports AI RAW photos. While taking a long exposure shot, it captures multiple RAW shots and blends them into one RAW image. Also, this model comes with a 4K video shooter at 60 fps. Honor 30 Pro+ will be available in three color options – Midnight Black, Emerald Green, and Titanium Silver Silver. The 8GB/256GB variant is priced at $707 while the 12GB/256GB model comes for $780. The phone launch date is unconfirmed for now.