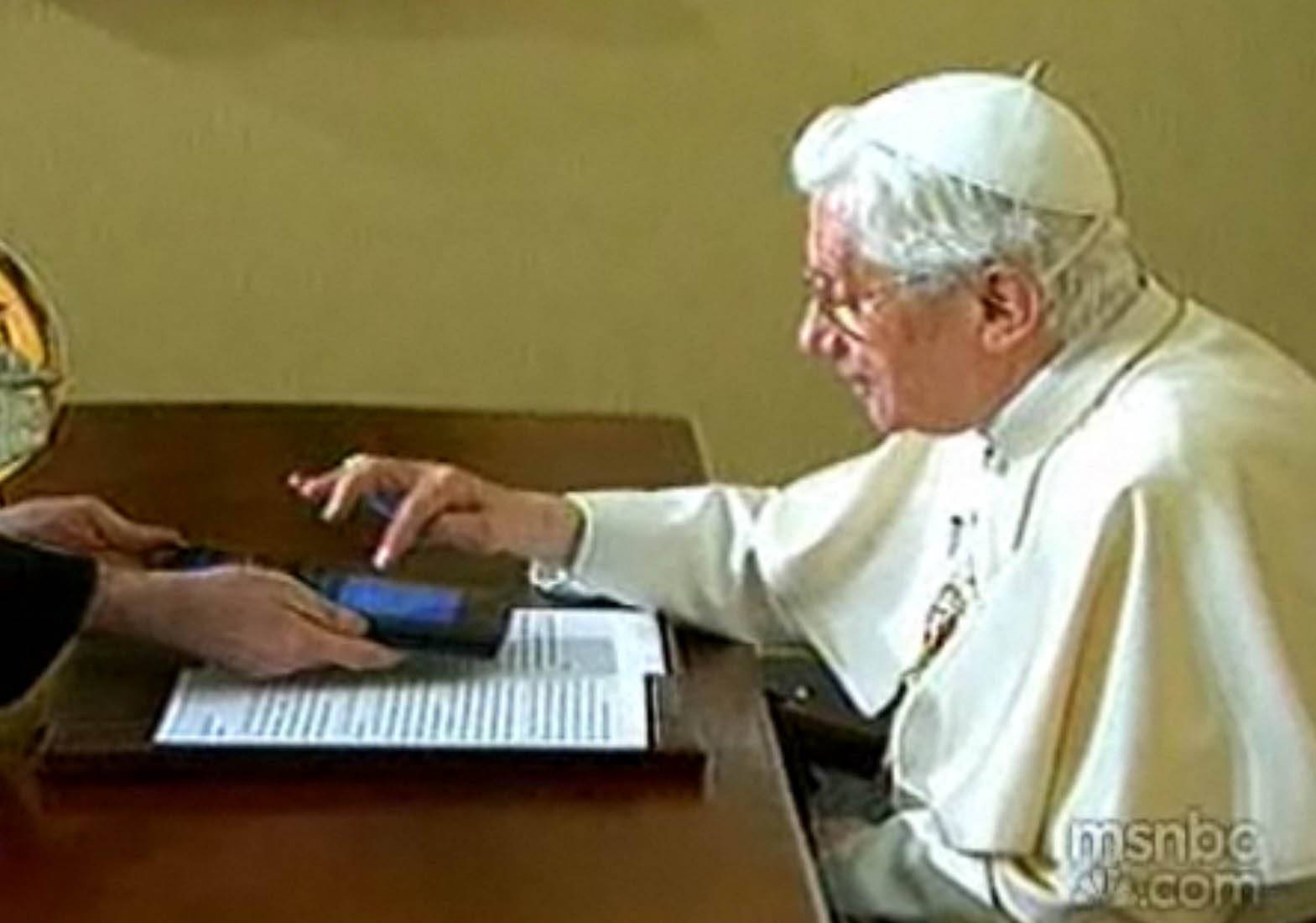 The Lord hath spoken: “What iPad?” MSNBC reports that at a tree lighting ceremony in a small Italian town, Pope Benedict XVI used a Sony Android tablet to remotely activate the lights on a huge electronic display. The Pope himself was in his apartments at the Vatican, and a remote trigger was rigged up for the special occasion. He greeted crowds gathered at the event via teleconferencing.

The tablet in question is absolutely the Sony Tablet S, the company’s flagship slate. The lights in question were placed on a mountainside overlooking the town of Gubbio. MSNBC reports shock and surprise at the fact that His Holiness wasn’t using an iPad, but as Android Community readers know, Droid Does what iOS can’t. And after all, when comparing Apple and Google, which one has “don’t be evil” built right into their motto? I rest my case.

This opens up all sorts of religious opportunities for Android expansion. American megachurches could probably afford pews full of Nook Tablets loaded up with KJV, NIV and all sorts of alphabetically inclined Bible translations. Sliding the Torah across a Galaxy Tab screen would be a whole lot easier than unrolling those scrolls every time. And when all else fails, there’s the old standby of sitting in the back row and playing with your smartphone until either the service ends or the priest falls asleep. Not that I’d know anything about that.