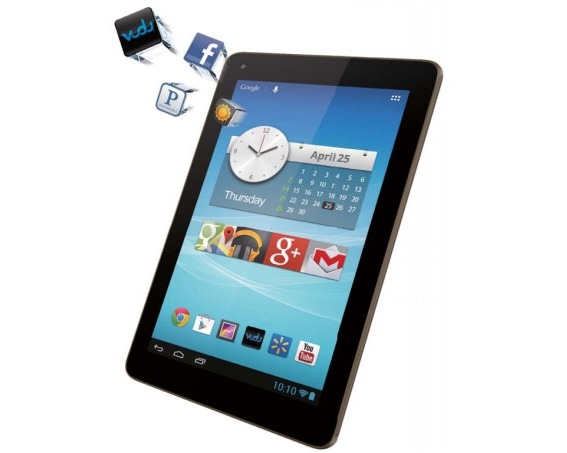 Today the folks from Hisense, a popular Chinese manufacturer, have just announced and revealed their brand new tablet for the U.S. market that will take on the Google Nexus 7. It’s called the Sero 7 Pro, and in case that sounds familiar we leaked all the details this weekend. The impressive tablet was announced today, but managed to go up for sale early last week. All the details on this slate are available below.

So what makes the Hisense Sero 7 Pro special? It’s everything the Google Nexus 7 is, and more. Essentially Hisense has a Nexus 7 with tons of additional features and specs that Google didn’t give us, yet it has the same internals under the hood. Coming with the same 1.3 GHz quad-core Tegra 3 processor and 1GB of RAM, 8GB of internal storage, and Android 4.2 Jelly Bean. Then the good part is below.

The Hisense Sero 7 Pro also comes with dual cameras, something the Nexus 7 lacked. With a 5 megapixel rear camera with flash and 720p video recording, then a 2 megapixel front (not VGA) camera as well. Then things keep getting better over the Nexus 7. You’ll also enjoy a micro-SD slot for additional storage up to 64GB, as well as a mini HDMI-out port for even more options. Well done Hisense. Here’s the full specs from the back of the box, which again, leaked early. 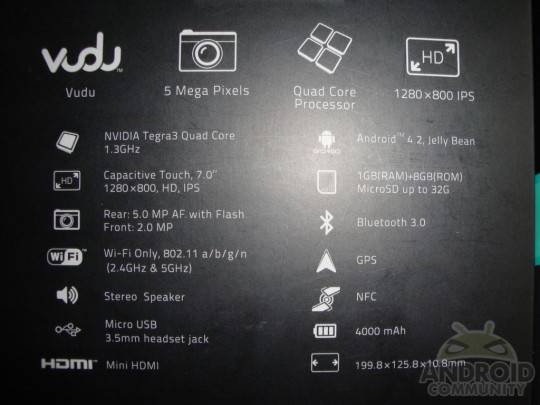 As you can see it also features GPS, Bluetooth, NFC, and a quality 4,000 mAh battery for hours and hours of usage. This tablet was just announced today by Hisense and NVIDIA, and can be yours from a local Walmart for $149. The slate actually went up for sale extremely early last week (along with the lower end Sero 7 Lite for $99) at Walmart stores, but today it’s finally official.

Hisense also announced the Sero 7 Lite today, but it doesn’t rock the NVIDIA Tegra 3 quad-core processor or some of those other neat features, so the important one is the Pro. Again these are available starting today at Walmart, but appear to already be widely available at many stores a little early. Here’s a few more pictures. Will you be buying one?