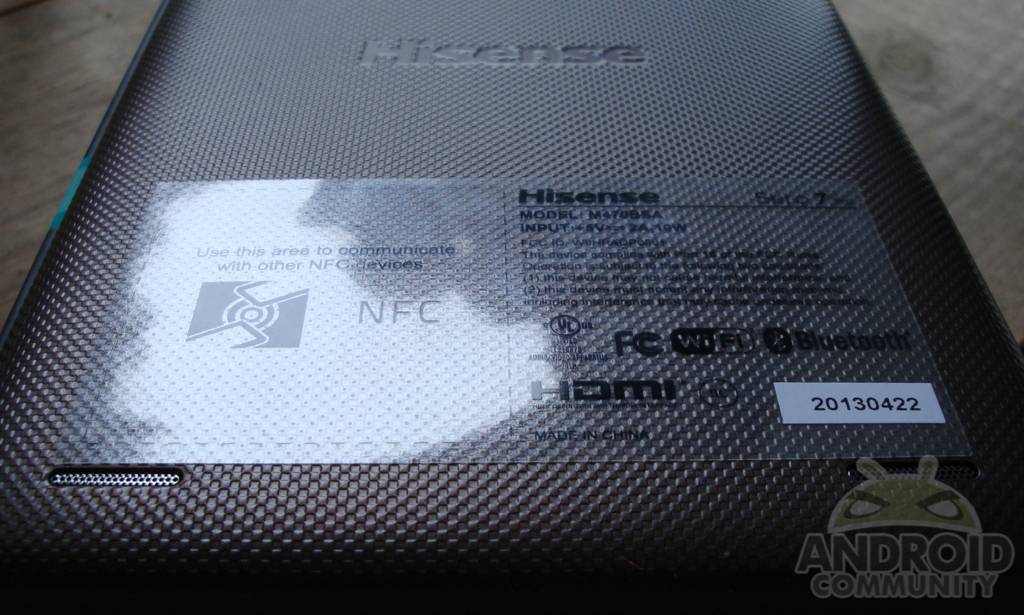 Today we have something pretty interesting for all you tablet lovers. A new slate that’s aiming to take on Google’s Nexus 7 has leaked, and you’re going to like the price. It’s called the Hisense Sero 7 Pro, from the popular Chinese manufacturer, and has everything and more the Nexus offers but for just $99. Read on for full details on this impressive and well-rounded budget slate.

If the name sounds familiar, it’s because the Hisense Sero 7 lite was recently spotted at the FCC. The Chinese manufacturers first slate officially going up for sale in US markets. However, the Hisense Sero 7 Pro we have the exclusive on today is a much better device, offers more than the Nexus 7, is only $99, and was found available as we speak inside Walmart.

According to our tipster the Sero 7 Pro rocks a 1.3 GHz Tegra 3 quad-core processor with 1GB of RAM, 8GB of internal storage, and a 7-inch 1280×800 HD IPS display, just like the Nexus 7. Then what makes it even better is the micro-SD slot for expanding storage, mini-HDMI for video out, and dual camera. The Sero 7 Pro sports a 5 megapixel rear with LED flash, and 2 MP front, respectively.

Running Android 4.2.1 Jelly Bean and full Google Play Store certification, this tablet is as well rounded as it gets for $99. That’s for sure. As you can see from the images provided, the build quality is decent, and our tipster claims it feels quite premium given the price. The Hisense Sero 7 Pro also comes with the usual array of senors and radios. WiFi, Bluetooth 3.0, GPS, NFC, and a 4,000 mAh battery.

Hisense offers TV’s here in the US, but this marks their first tablet aimed at the US market. Our tipster reports their USA website link on the box isn’t even active yet, which leads us to believe some Walmart locations are selling this device early. You can head to www.hisense-usa.com/tablets, but as stated, the page isn’t yet active. For now we’re looking for additional details, but you might want to run down to your nearest Walmart and grab this deal of a tablet.

Update: Many reports have confirmed the price is actually $149, and the Hisense Sero 7 lite will be $99. Get em while they last.

— Thanks Selim for the tip!