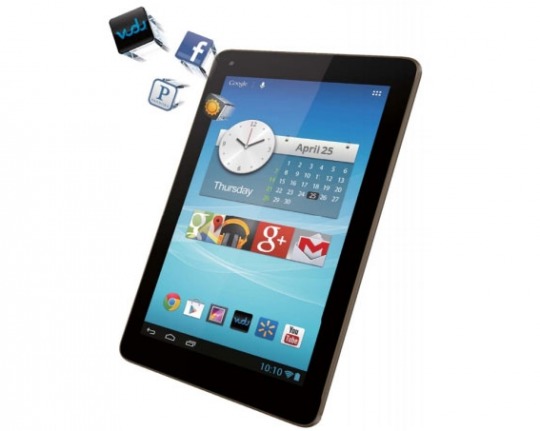 Hisense announced a pair of Android tablets back in May. Those two devices included the Sero 7 Pro and Sero 7 LT. Both tablets came available in the US and seem to have arrived as a lower price option for those who may had been considering a Nexus 7. In fact, the Sero 7 Pro shared many of the same specs as the Google tablet.

The price of the Sero 7 Pro has dropped to $129, which is down from $149. Granted, this model may not seem quite as appealing when compared to the new Nexus 7. Needless to say, while the specs are not necessarily equal at this point, the Sero 7 Pro is $100 lower than the Nexus 7 at this point. And for some that may be enough to convince them.

The Sero 7 Pro tablet is running Android 4.2 and sporting features to include a 7-inch (1280 x 800) display, quad-core 1.3GHz NVIDIA Tegra 3 processor, 1GB of RAM, 8GB of internal storage, microSD card slot, 2 megapixel front-facing camera and 5 megapixel rear-facing camera. There is also WiFi, Bluetooth, NFC and a battery that is said to be able to provide up to 10 hours of run time.

Shifting over to the Sero 7 LT and we find another $20 price drop. In this case the tablet has dropped from $99 down to $79. This model doesn’t have as exciting of specs, but again sometimes it is hard to argue with price. The LT has a 7-inch (1024 x 600) display, dual-core processor, 1GB of RAM, 4GB of internal storage, a microSD card slot, 3400 mAh battery, a front-facing camera and Android 4.1 Jelly Bean.

Bottom line here, while we suspect some tend to avoid the names that aren’t as familiar when it comes to buying gadgets — this is a case where you may be surprised. With that in mind, the Hisense tablets are available by way of Walmart.