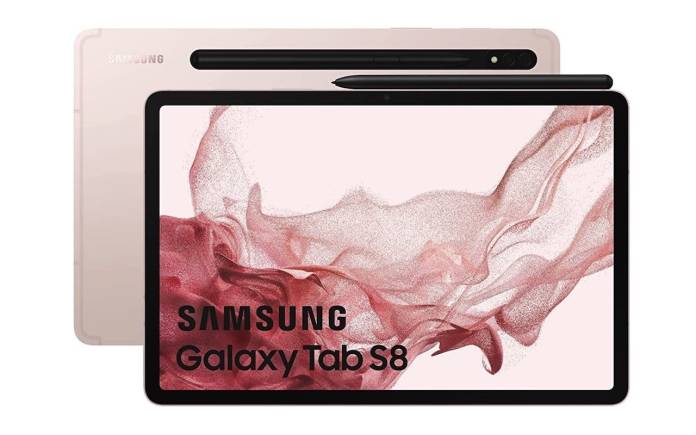 It’s no secret Samsung is also working on a new set of Galaxy Tab S tablets. Aside from the Galaxy S22 series, there is the Galaxy Tab S8 line expected to be revealed soon. The tablets seem to be almost ready now after a delay and as per several leaks. The Samsung Galaxy Tab S8 Ultra was recently sighted on the company’s official site but the page has since been deleted. All three tablet models have appeared on Amazon Italy recently, giving us an idea about the design, colors, and features.

The tablets are said to run on the Snapdragon 8 Gen 1 processor by Qualcomm. There will be different color options but the Ultra model will only be out in Black. The other two variants will come in Pink, Silver, or Black.

These three tablets will offer S Pen support. It won’t be exclusive to the Ultra so you have more options if you need a tablet that works with a stylus.