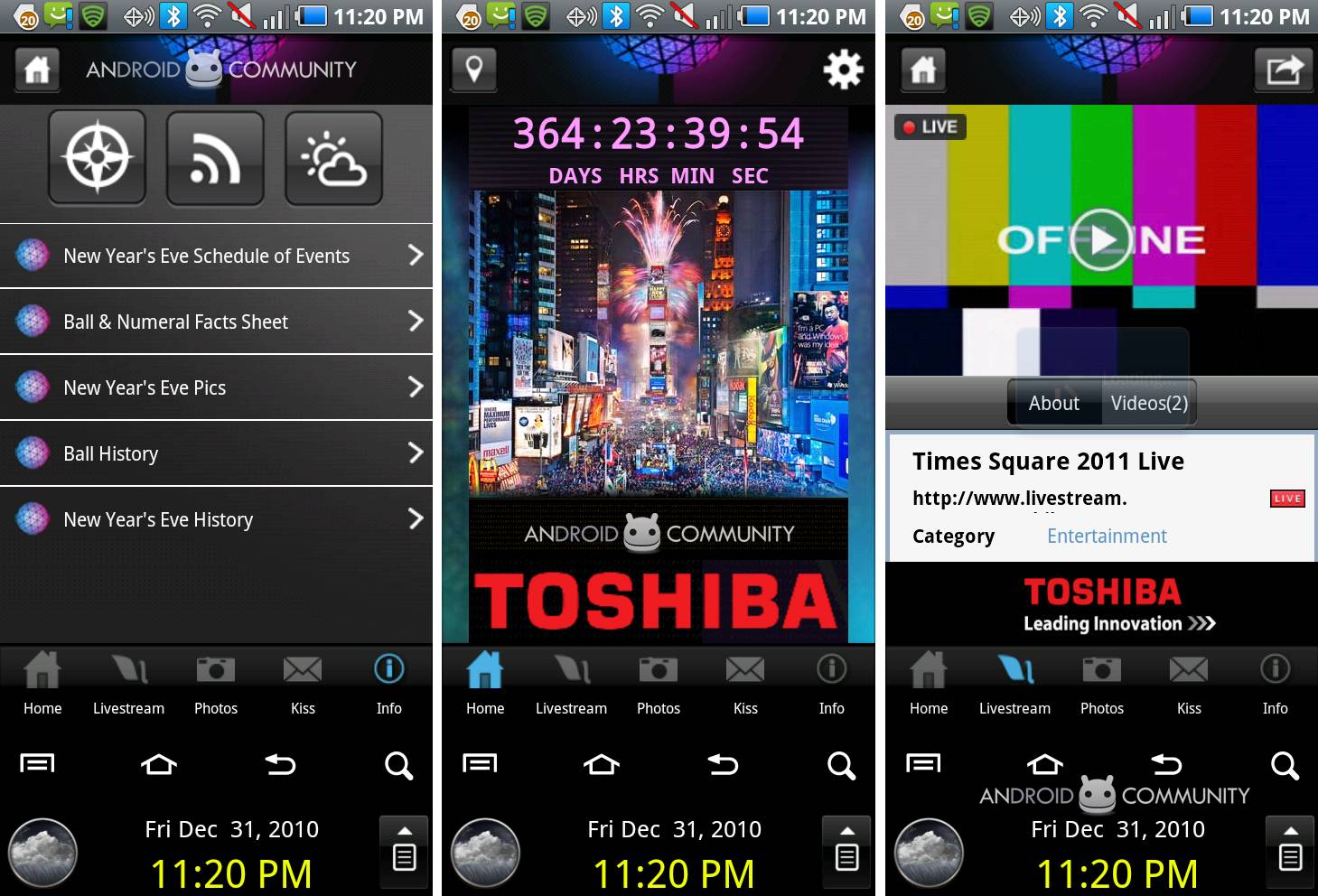 Joy un 2 the new year! We’re here with our fabulous technology watching a double live stream of the New York Times Square ball drop event. Both of the streams we’re watching are courtesy of the Toshiba end of the camera – it was the first live stream we found when searching for the event trying to see it live online, and it just happened to be a featured app in the Android Marketplace. The app had a bunch of features that allowed us to potentially interact with the event and both the stream on the laptop we’re using, an ENVY 17 3D (see the full review soon on SlashGear,) and the app allowed us to see the event in a totally live stream.

The awesome thing about looking at both of these streams at once were not that they were giving us different angles, nay! It was seeing how similar our connections were. The computer was connected to Comcast Wifi (we’re in Minneapolis, Minnesota,) and the phone (a Samsung Continuum) was connected to Verizon’s 3G network. Both of the videos weren’t exactly matched, but they were REALLY close, nearly perfect all the time. 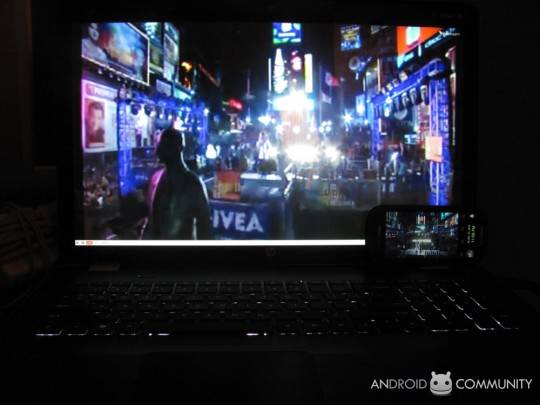 Now that the near year is here, the Toshiba app (called “Times Square Official,”) is reset for next year, 364 days on the clock. Here’s to what’s sure to be the YEAR OF THE ANDROID. Stay tuned and get all your Android updates here with Android Community!