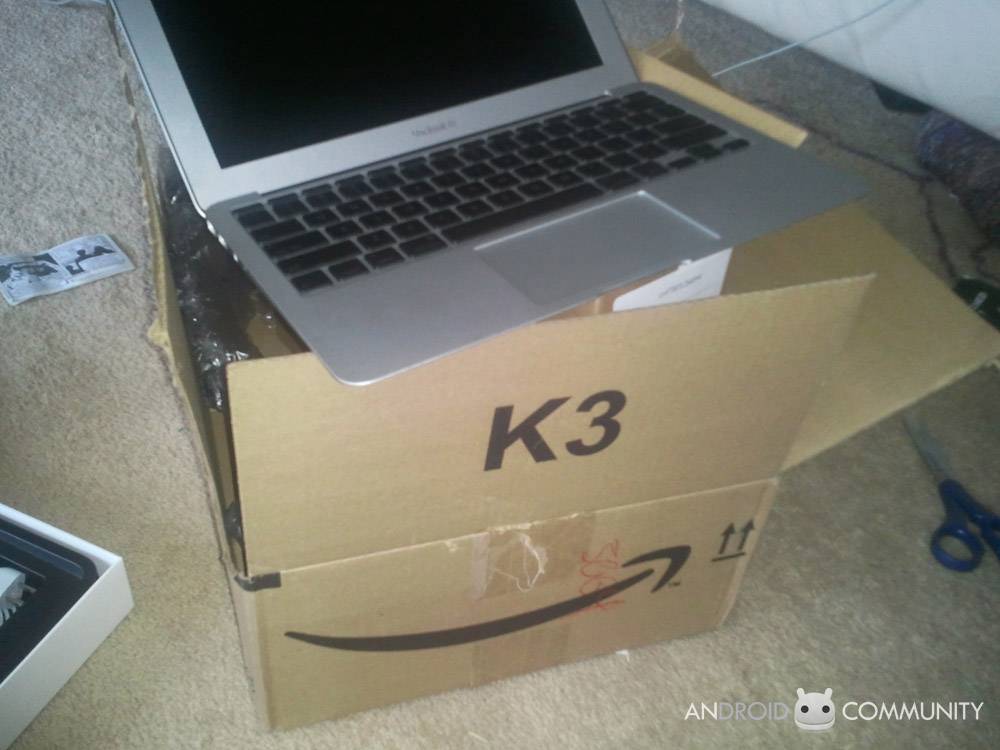 Welcome to the full review of the Samsung Continuum, currently being distributed by Verizon. Inside you’ll find a hard look at whether the second screen is going to be a plus, a minus, or a meh! Preview: depends on the sort of person you are. I’ll show you how it works in a video, giving you a few examples of what it can do, then review the rest of the phone in turn. Take a peek!

Hardware
The Samsung Continuum is definitely made to appeal to those with small hands. It’s thin, but not thin in the way you’re thinking. Thin around the hips, head, and feet – 4.94 x 2.30 x 0.48 (125 x 58 x 12 mm) and 4.41 oz. You can see in the image below in the gallery the thinness compared to my Gen 2 iPod Touch how small it really is. It feel solid, though with the plastic back and single-panel front I wouldn’t be tossing it under any cars any time soon. It’ll survive your pocket with minimal scratching with no case just fine. 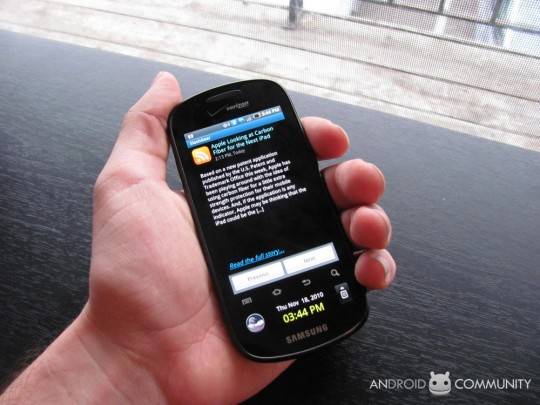 In the front there’s the much-hyped dual-screen setup, 3.4-inch Super AMOLED touch screen plus 1.8-inch Super AMOLED Ticker Display – Vince suspects that this is one single screen, I’m still not sure. Controversy! Up top the screen is 480 x 800 pixels, on bottom 480 x 96 pixels, and they’re both Capacitive touchscreen, the top being multi-touch, having a proximity sensor and light sensor. Both screens are crisp, sharp, and nice, playing games well, working fairly well everywhere except for video playback, and that’s mostly having to do with the black areas. Lots of ghost images and smudging going on there.

As far as connections, you’re going to see 3G Hotspot through Verizon, Bluetooth 3.0, Wifi along 802.11b, 802.11g, 802.11n, GPS location service with A-GPS, E911 and live mapping through apps, USB through microUSB USB 2.0, charging through that USB, headphones through a 3.5mm jack, DLNA, and tethering supported. Some other fun features are the fact that it’s cot an accelerometer, supports TTY/TDD, and has a rating of M4 for interference. 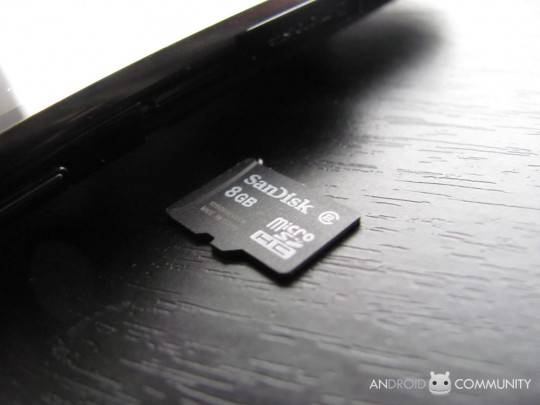 On the right side of the phone you’re going to be able to move aside a plastic cover to reveal your microSD/microSDHC card slot capable of holding up to 32GB (8GB out of the box), and the phone has 2048 MB built in. Also along the right side is the camera/camcorder button. Along the left is the microUSB plug and volume buttons, on top is the headphone jack as well as the power button.

Software
This phone features Android 2.1 which has all the speed and smoothness between seven screens of icons or features you’d expect, all of this tied with the additional “ticker” screen. The Ticker is helpful. It does have some functions, multiple functions, believe it or not. One of the main ones, and probably most importantly, is the fact that you can receive, see and access, or even choose to ignore, updates to your RSS feed collection from the internet, your SNS updates, and the rest of your events (like a phone call) all the while doing something completely different on the phone. In the video you’ll see me playing Angry Birds, receiving a call, and completely ignoring it, never missing a bird beat. 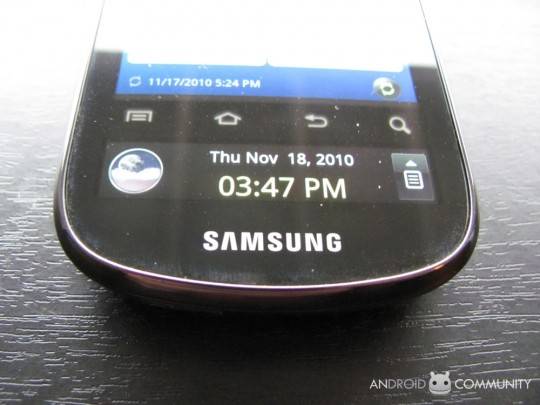 The next thing the ticker does is provide you with your time and date – this I can’t tell you how much I truly appreciate. Why? because when I’m in a browser or a full-screen application and I need to know how much time I’ve got left to keep messing around, its REALLY helpful to be able to see the time without leaving what I’m doing. To Samsung’s credit, this is excellent.

After that, it’s a bunch of really similar stuff – like for example, getting directions and using your phone’s GPS system to navigate somewhere. You can both do this and move to another screen (like a phone call or a music player) without leaving the directions behind. When you’re in a navigational application, your navigation stays on the bottom screen. Helpful! I’m not sure if this works for all apps, but it certainly works with the VZ Navigator app included on the phone. NOTE this app does cost a subscription price, perhaps more than most people would pay for such a service, but once you’re inside you’ll know where your money went. 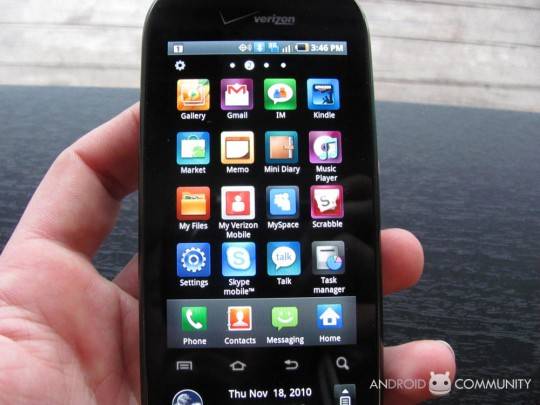 In your apps panel you’re going to find over 45 applications pre-loaded. More than likely if you’re the sort of person who likes an intensely personal experience built by you, you’re going to want to dump quite a few of these. On the other hand, it is nice to have things like Facebook pre-loaded. If the Facebook brand ever dies though, say goodbye to that love. 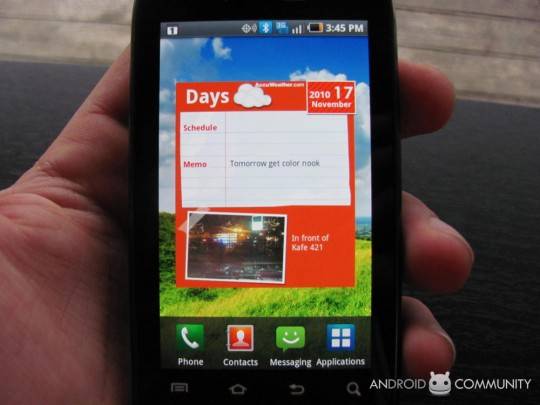 Included in this panel of apps is the excellent twitter app Twidroyd, which I do appreciate having for free (you can also purchase it in the App Market if you’ve not got it already). Outside of the app panel on one of your seven screens (number 2, to be precise), you’ve got an interesting journal/diary app that uses the whole panel. It’s really simple: take a photo, leave a note, but helpful if you’re that sort of person. Panel 3 has BING front and center (at the top, actually), as well as the VZ Navigation you’ve heard so much about, plus some other apps you’re going to be already familiar with. Screen 4 has the big clock and another BING in the form of an icon that leads to the lovely BING app. 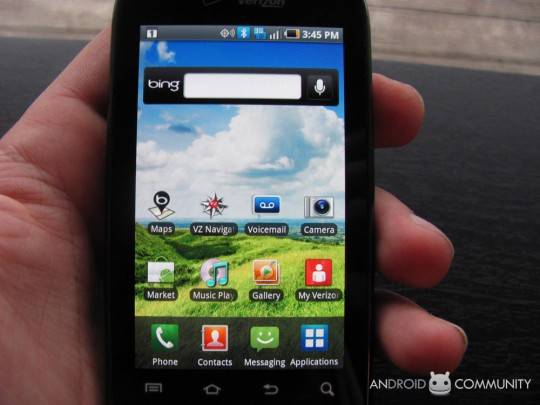 Cycling through these panels you’re left with Phone, Contacts, Messaging, and Applications icons in a translucent dock at the bottom of the screen. Below that, you’ll find a menu button, home, back, and search. Below that, of course, is your ticker, complete with expand button to both edit it’s settings and see more of the updates you love.

Screen 5 is a panel dedicated to the “buddies” you’d like featured and easy to access. Screens 1, 6, and 7 are left blank for you to fill with your own app selections. Some other apps of note are: Blockbuster (are they still open?), Scrabble (totally fun no matter the device or board), Kindle (we’ll see how this matches up against Nook Color when I review it next week), Liveshare (not included out of the box, but check out my review over here), and V Cast Music which here I for the first time opened (not quite as pretty as iTunes, but finds the music I want to download just fine.)

As far as video playback goes – not the best. As I said above, lots of shadowy ghost blacks going around, and the HD on any device this small really isn’t going to add up to much. Don’t expect to be watching TRON on here for the full experience.

Camera
Here you’re going to find a 5 Megapixel camera with LED flash, autofocus, face detection, and a panorama mode. This camera is something you’d expect to find on a mid-range phone. It’s alright, but it’s not going to replace my point-and-shoot camera by any means. I’m the sort of person who carries a tiny camera in my pocket 24/7 though, so I’ll leave the decision up to you based on the photos included in the gallery below, plus this video shot at night so you’ll know how nice the blacks look. 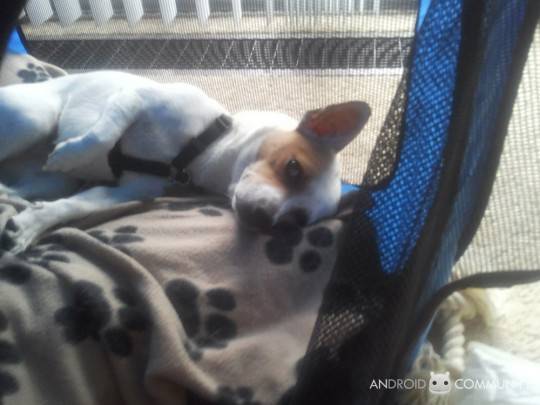 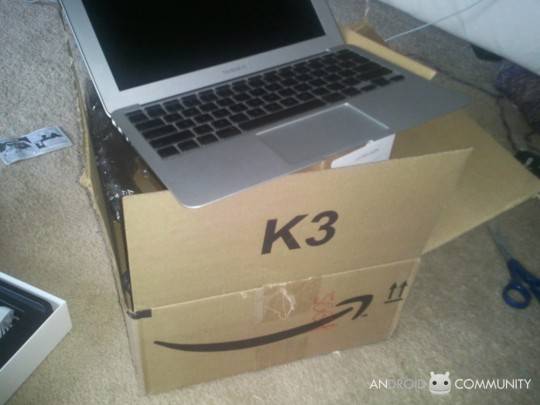 Phone & Battery
Phonecalls are great, sound solid, loud, clear, everything’s goin great. You can tell very easily that while smartphones have been evolving, the idea that you should have an excellent experience calling has not been left behind. Continuum is no exception. Very nice. Battery time was something like 2.5 days of general use (more like several hours of heavy use, watching video, taking video, photographing, using apps, the whole deal.) You’ll probably want to plug this in at the end of your work day.

The speaker on this phone, I should mention, is very comparable to my 2nd Gen iPod Nano when not plugged into any outside device. Definitely loud and clear enough to set beside you if you’re hanging out in a park reading a book, not loud enough to jam with at a party. 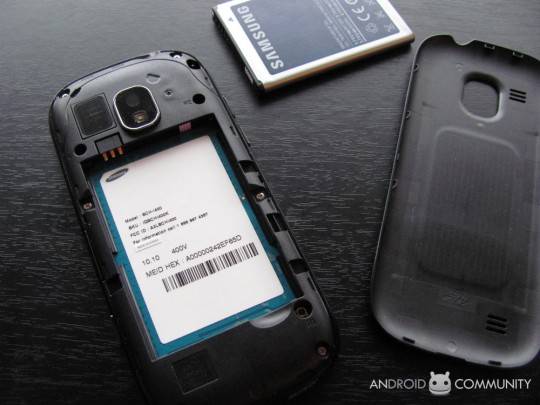 Wrap-Up
I would not quite say this is any higher than a lower end of high grade phone, but I’m very hesitant to call it mid-range. Don’t think this is going to replace your G2 for any reason at all, but if you’ve got a BlackBerry Storm like my wife does, get really pumped up because that thing is a hunk compared to this.

This phone will end up running you $199.99 after you get a mail-in rebate of $100 if you’re working with a 2 year contract. Is it worth that? I would say yes. Is it worth what Verizon says is the “full retail price?” No way. Not worth $579. But there is free shipping when you order online!

The main draw to this phone over others is quite obviously the second screen, the ticker. Once you use it, I imaging it will be difficult going back to having only a single screen. Some of the ways you’ll be working with this second screen I can definitely see coming in on phones of the future, unless of course this phone flops, which I don’t really see happening completely.

If this is your first Android phone, you’ll be basically blown away as most people are when they’ve never experienced Android before. If you’re switching over from an iPhone, be prepared to cry when you use the camera, as the iPhone has much better results that this. If you’re changing hands from one Android phone to another (this), I suggest definitely trying it out in the store first, see if you like the second screen enough to work with it, as that’s going to be your selling point or breaking point.