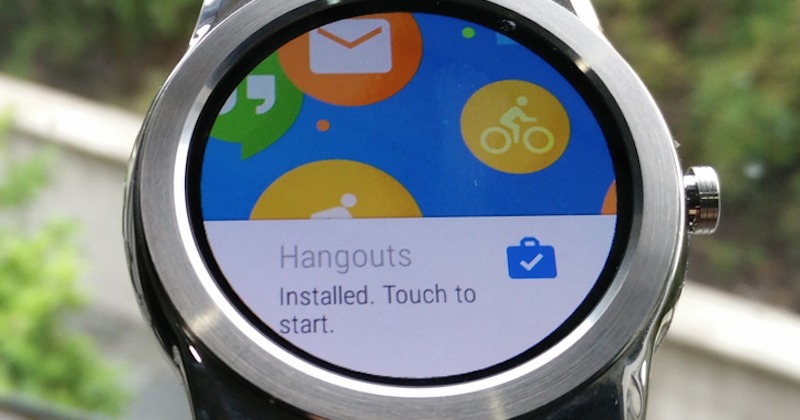 Hangouts may not be as secure and wiretapping is likely to happen but people will still use this instant messaging app from Google. Voice calls are now faster using the app, thanks to a recent update. A new version is coming, the Hangouts 4.0, and we’re told that it will be integrated with Android Wear.

Hangouts 4.0 on Android Wear sounds promising and Android Central was able to play around with the app. It’s not ready for release yet because Android Wear has been crashing but it’s only a matter of time before such feature rolls out.

Sending a Hangouts message using a command could be possible. During a test, a simple voice command caused the Android Wear process to crash. Sending a message wasn’t really initiated but I don’t see any reason why it won’t be allowed someday. The Hangouts 4.0 version has yet to be released officially as developers are still trying to improve it.

Opening the Hangouts app on a smartwatch will show a list of conversations. There’s a green section at the top of the screen, said to be reserved for switching accounts. 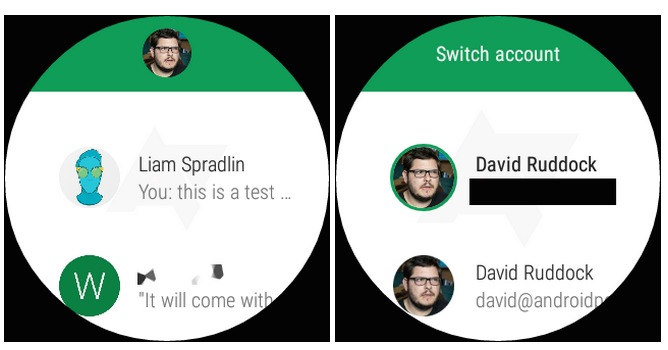 Tap on a covnersation and current messages will show on the small screen. You’ll also see a reply option. Images are not viewable though.

Feel free to use voice or emoji message as a reply. Quick replies are also available for you won’t have to type. Just draw an emoji or choose from the list. 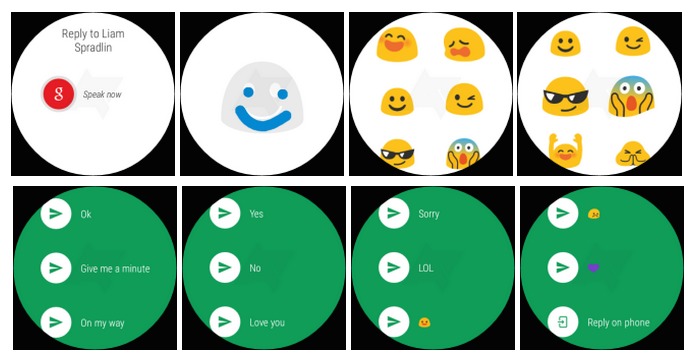 The updated app is still unreleased so more features and updates could still be added. The online thing we’re hoping to receive are functional voice commands in the next app version. We’ll see about that.