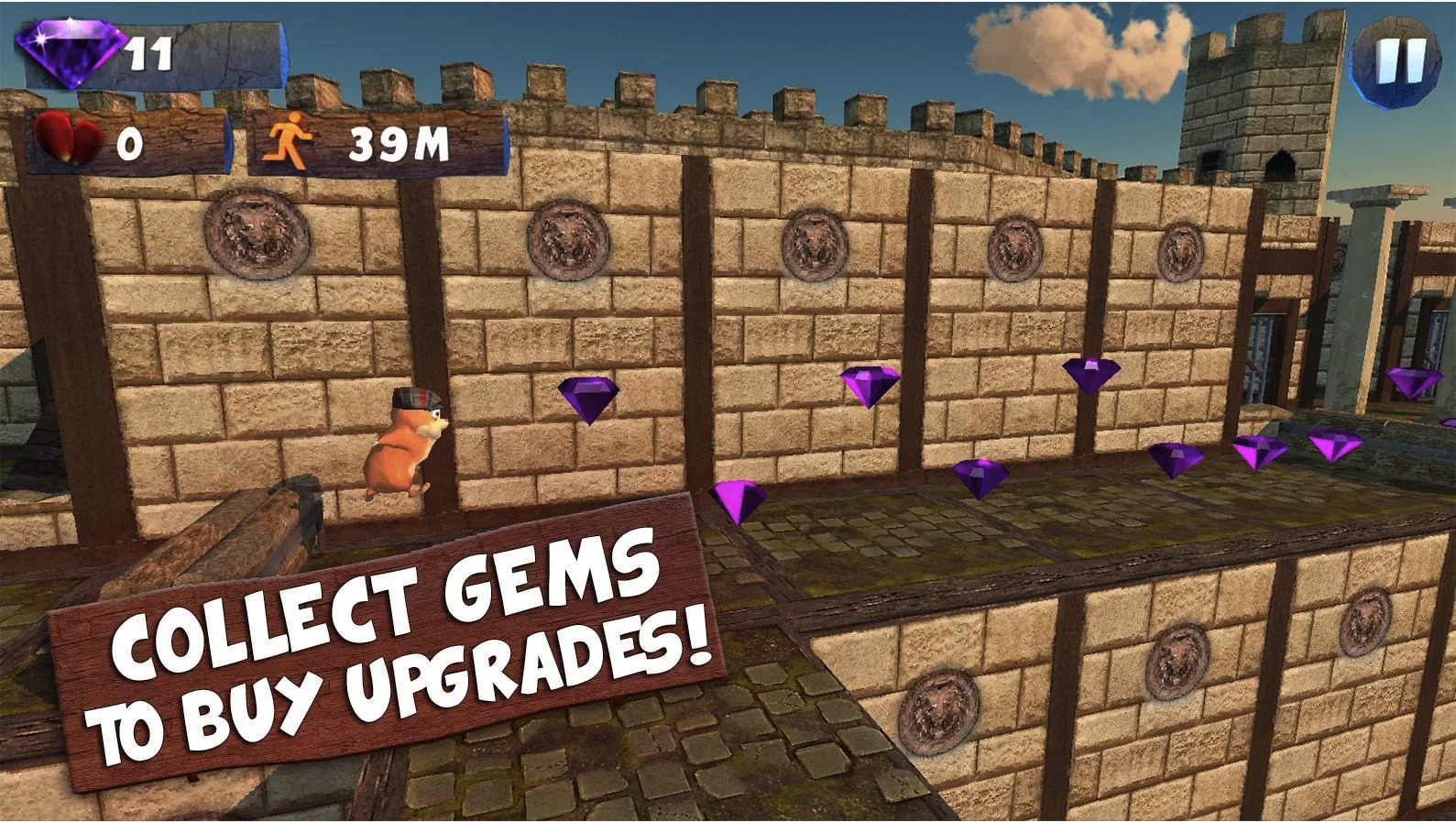 If you’re tired of playing Temple Run and can’t wait for the Gear VR version , you might want to try this new 3D runner game called Hamstrong. This new game from GFZ Studios will test your running and escaping skills as you try you beat your friends online.

Objective of the game is for Hamstrong to smash through obstacles and finish all 20 campaign levels. Hamstrong is a superhero hamster that’s been a favorite on iOS but the developer has just released the Android version. Hamstong for Android is in 3D which I think is better than the 2D game for iOS that is actually dizzying to play. The 3D version of the games reminds me a lot of Temple Run so expect the game to be played with simply swiping left and right on the screen.

The mobile game teaches kids about the realities of animal testing. Game is set in a lab where Hamstrong, the hamster, is fighting for animal cruelty. But this version of the game is in a castle. What makes this game more interesting is that its developer, GFZ Studios, is well-known for using animation and entertainment to raise awareness and facilitate social change. In this game, the issue being tackled is animal cruelty. The Hamstrong Castle Run is the second game in the series introduced this year.

To give Hamstrong a different look, you can choose to customize the hero by choosing custom animations, helmets, and hats. You can also buy upgrades simply by collecting gems and rose pedals.

Hamstrong Castle Run is ready for download from the Google Play Store.