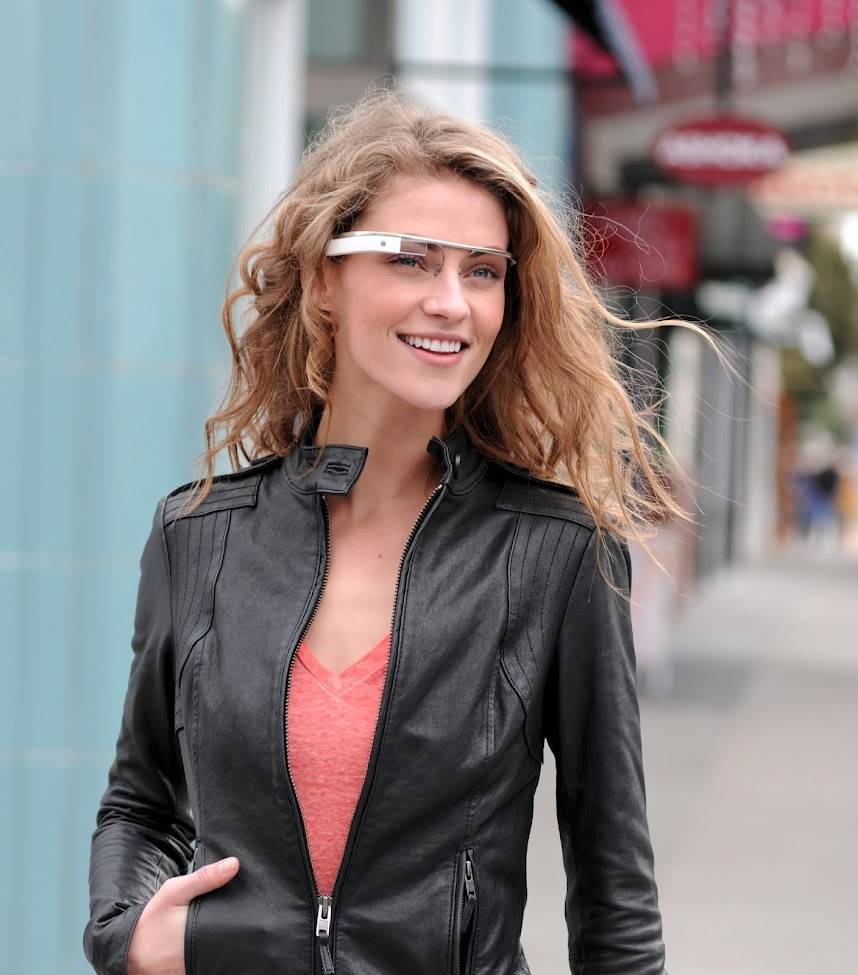 Rumors of an augmented reality system from Google have persisted for a while, but Google’s finally taken the wraps off of the project under the name “Project Glass”. It’s a wearable glasses-like device that presents a transparent screen, introducing an overlay of web-connected data to your everyday life. It’s not a full pair of glasses as some expected – the transparent screen is a small strip that hangs above the user’s right eye – but it looks like it either connects directly to the Internet over a mobile broadband connection or uses a tethered connection from a phone.

Details are still pretty scarce, but Google’s introductory video below shows a lot of the use cases. Basically, Project Glass continually scans your immediate area for information using what looks like a visual heuristic engine. The interface is voice-controlled, possibly augmented by some eye-tracking. The technology combines a camera, microphone and other sensors to create a sort of technology overlay onto the real world  – this is some serious science fiction magic going on.

Watch the video below – you won’t want to miss this:

Google isn’t saying much at all about Project Glass at the moment – not even if it runs on Android as previously rumored. We can see that cellular services, video chat, Google’s Voice Actions (possibly with some Majel-inspired interpretive computation), Lattitude, Google Maps, Navigation, and Google Plus are all tightly integrated, at least in the demo.

We can hope that a trial program (similar to the Chrome trial Cr48 program) is in the works, and we’ll almost certainly hear more about the technology at Google I/O in June. There’s no word on when Project Glass will expand or if it might become a consumer product one day. But one thing’s for sure: just about every geek in the world wants one, now.