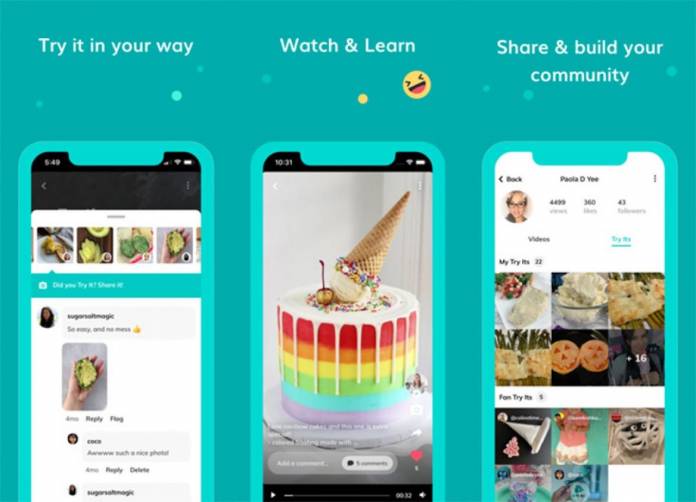 Earlier this year, Google’s lab for experimental projects Area 120, launched a short-form video app that wanted to target the DIY and Pinterest loving corner of the market. Tangi, a combination of the words TeAch aNd Give, wanted to bring snackable content for those looking for crafting, cooking, and creative projects. Little did I know that months later, people will have more time to watch longer videos. Initially, it was only available on iOS but now, the Android version is finally available on Google Play Store.

You could of course go to Google’s own YouTube if you want to learn some new things by watching and following videos. But Tangi is for those with a pretty short attention span. Each video is just 60-seconds long, or rather, short. They are hoping to inspire wanna-be crafters and creators to try and follow various projects that they have uploaded to the app so far. It’s a good time to have this app more widely available as people are still looking for things to do and learn while working or studying from home.

The app also has a “Try It” feature where you can upload your own video when you tried out the thing that they were telling you to try. This way, creators can see how their viewers and followers feel about their videos. You can also bookmark a video, heart it, and comment on it as well. A quick scan of the videos uploaded so far seems to be a mix of art projects, food recipes, and some travel suggestions (back when we could still travel).

It looks like ordinary users can’t upload their own videos just yet unless you have an invitation code. You can also apply directly to join the other creators that are already able to post their own. But for now, us regular folk can just upload the Try It videos and not original content. There’s no news yet as to when they will open it up to more people but now that Android users are able to download the app itself, it probably won’t be long.

If you want to try and see if this will go somewhere, you can download Tangi Quick Videos from the Google Play Store. This doesn’t seem to be in the experimental stage anymore so let’s see if they will be pushing this onto a market that may still be looking for new things to try out.