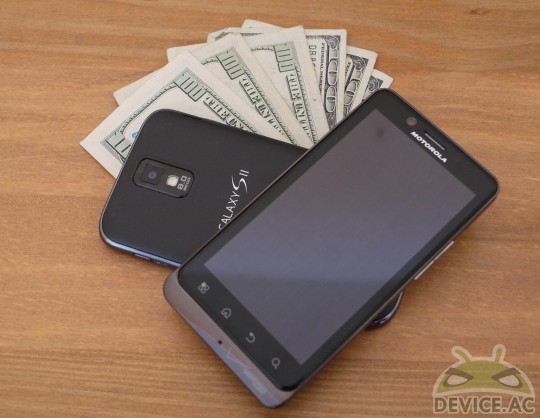 It’s no secret that Android is massive. It’s growing at a staggering rate, and according to Google’s Eric Schmidt, the number of activated Android devices in the wild is going to reach a billion within the next year. That’s a billion, you know, with a B. That is an absolutely obscene amount of devices.

Schmidt did not just pull this number out of the air. According to him, there are 1.3 million new Android devices activated every single day, and if they keeps up or grows slightly, reaching a billion devices should not prove to be a problem. He of course mentioned that they already have four-times more phones than Apple, which creates a much stronger platform than its largest competitor.

Android is already sitting at 500 million activated devices, which puts it halfway to its lofty billion device goal. The growth of the Android platform has been something to behold. It was only two years ago that Android was only seeing 200,000 devices activated each day. I say only, but 200,000 is still a ton of devices, it is just nothing when compared to the 1.3 million Schmidt talks about now. If that growth pattern continues, they could hit a billion devices even faster than Schmidt is predicting.

Schmidt also talks about how smartphones, specifically Android devices, are taking over for the PC. While they have not quite surpassed PC usage yet, they are growing incredibly close, according to Schmidt. His claim is backed up by the fact that PC sales actually declined for the first time in 11 years. Could smartphones take over? Only time will tell, but one thing is for sure, Android is in a great position to be the leading smartphone platform if they do overtake PCs as the main way to consume information and entertainment.