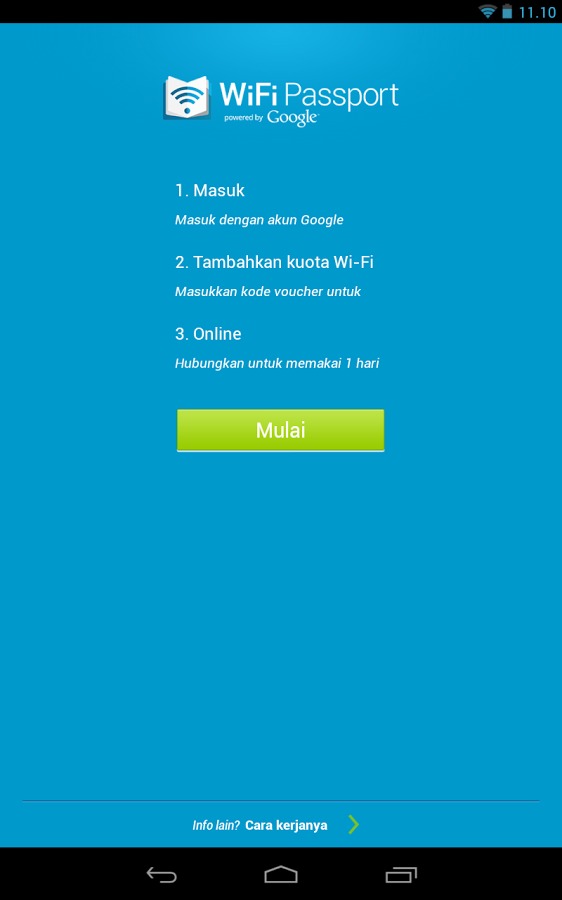 One of Google‘s long-term aspirations, aside from becoming the world’s repository of information, is to help get everyone on the planet connected to the Internet. The company has rather quietly started a service in the Indonesian capital of Jakarta that will let netizens connect to the Internet in an easier, or at least more affordable, way.

Google has several endeavors in the pipeline to help bring the Internet to more and more people across the globe. After all, the more people connected to the Internet, the more data it can gather. But while the recently launched, and somewhat controversial, Project Loon attempts to bring Internet connectivity to otherwise inaccessible locations, its new WiFi Passport system launched in Indonesia simply makes it more convenient for Internet users, particularly mobile users, to get online in the already Internet-connected city.

The way Google WiFi Passport works is quite simple and reminiscent of other free or paid public WiFi services. Vouchers are available for purchase which contain code that users can input into their Google account via an Andorid app. They then can connect online in various participating hotspots and can stay connected for the next 24 hours, as long as they remain in that hotspot. Users can use up to 3 GB of data for a day, 7 GB over 7 days, or 10 GB over 30 days.

The service is only available in Jakarta, and there is no news if this will spread to other Indonesian territories, much less other countries. For now, only Android devices running Android 2.2 Froyo and higher are supported by the WiFi Passport app. There are various tiers and prices available, ranging from free 10-day vouchers, to $1.82 for 20 days to $4.55 for 50 days.