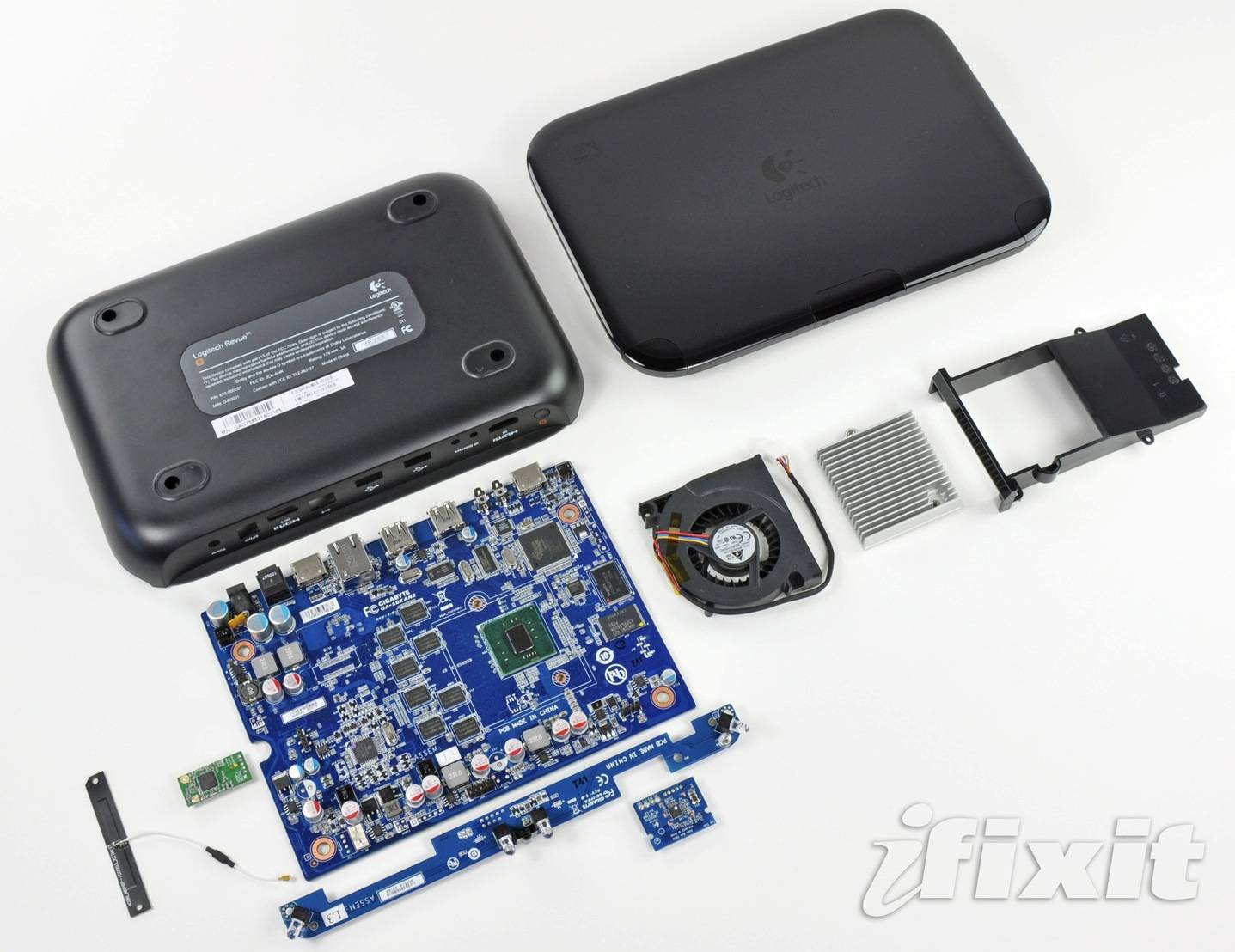 Logitech’s Android-based Revue Google TV box has come in for the teardown treatment from iFixit.  The set-top box is based around a single Gigabyte mainboard, running Intel’s Atom CE4150 1.2GHz processor, and is among the first wave of Google TV devices to reach the market.

iFixit praise the set-top box for its straightforward construction – plenty of Phillips-head screws and standardized connectors – and there’s plenty of connectivity, too.  More info on the Revue here.