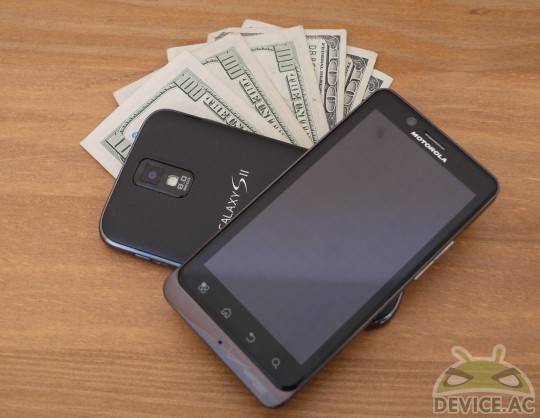 As the Google and Oracle trail continues we just keep seeing loads of interesting information regarding Google — and more specifically Android. You could call this a treasure chest of information. While Google’s earning calls quarterly always discusses revenue company-wide, this is showing earnings and numbers specific to Android.

Now these numbers only represent Android and Google’s revenue from 2010, so things have clearly changed since then, not to mention many of these numbers are forecasts and predictions for that year. Looking over the data made available to the public from the case you can clearly see some interesting numbers. In 2010 there was around 20 million android devices in June, and by the end of 2010 they expected the numbers to double past 40 million. This would earn them about 278 million in revenue. 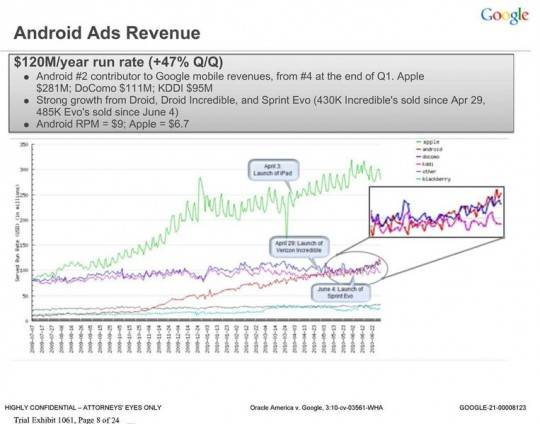 An interesting part of the findings also reveals that apps didn’t play a large role in their earnings, and probably still don’t. In 2010 Google made $158.9 million on ads and just a lowly $3.8 mil on app sales. The slides also forecast Android making Google almost 1 billion in 2012 from ads alone, but clearly we don’t have those numbers at this time.

Oracle recently announced that they figured Google is making around $10 million daily from Android in 2012, times that by 365 days a year and that will give you an idea — but that number came from Oracle and not Google. Similarly recent reports suggested Apple makes Google four times as much as Android does. Given the details released today Apple barely beat out Android in 2010, only be a few million with Android hitting 278m and Apple’s iPhone netting 281 million for that year. Interesting stuff, but there’s tons to break down so we are up to our neck in details.

It’s worth noting that Google predicted they’d earn around 1.5 billion from Google Music in 2012, and that would increase to 3.7b by 2013. I wonder if we’ll ever find out those actual numbers. For more details head to the source link below.