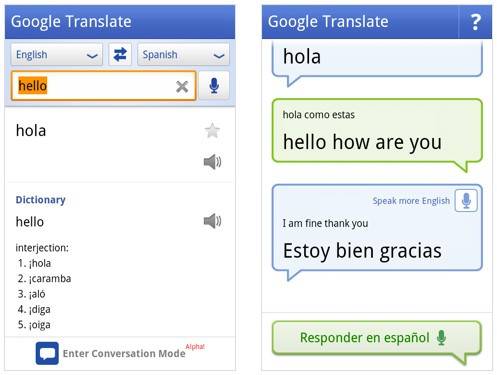 Google Translate for Android has officially been available on the Android Market for one year this month, and Google is now updating the application with a new experimental Conversation Mode. We’ve seen a demo of this technology at last year’s IFA, which you can check after the break.

Essentially, Conversation Mode is a real time translating tool for ongoing conversations. It will be able to allow its users to talk to users of different languages and then the application itself will speak the real-time translations.

It’s definitely in the early stages of development and users will experience some accuracy problems when dealing with accents, background noise or rapid speech, but Google seems to be committed to further perfecting this technology.