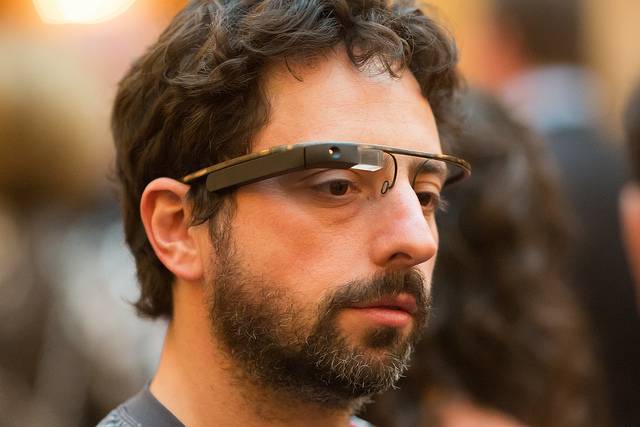 Today Google’s Project Glass is in the news yet again. After earlier we reported on CEO Larry Page wearing them during a conference today, we are now seeing loads of news that Google’s protecting their latest creation with a wide array of patents. Since we all know Google didn’t patent much with Android, they look to have learned their lesson and have been granted at least 9 new patents around Google Glass.

This week the United States Patent and Trademark Office granted multiple patents to Google over their augmented reality glasses currently known as Project Glass — although Google’s own Larry Page called them Google Glass today, since there’s only one piece of glass for now. Their patents show they might have one on each side in the future though. Possibly having a map displayed on one side, while navigation directions are on the other. According to Engadget they’ve been granted patents for the design, the device controls on the right side, and even a sensor on the nose bridge alerting the device when the glasses are in use and more.

Then the folks from ArsTechnica reported on patent #8,183,997 being issued to Google today titled, “Displaying sound indications on a wearable computing system.” This technology will use and integrate speech-to-text features that will allow incoming speech messages to be displayed on-screen. They mention specifically this being used for people hard of hearing or the Deaf.

Looking through most of the reports it doesn’t seem that Google’s actually used the word glasses in most of these patents. Instead they are wearable computers, head-mounted devices, lens frame attachments and things of that nature. Interesting stuff indeed and we can expect to hear and see plenty more about Project Glass in the coming weeks and months.