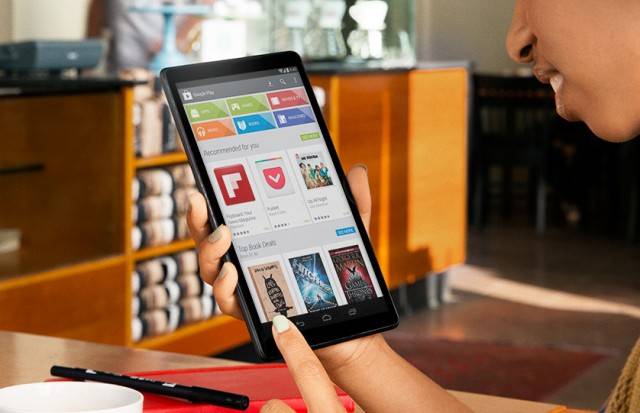 A new report hints that Google may indeed be bringing an 8-inch tablet to market. Interestingly, the report also notes that the new device will have an Intel Bay Trail chipset. Even better, the device is said to be manufactured by Asus. We like what we’re hearing, but a shadow is cast on the source.

This news comes from DigiTimes, which has an entirely spotty record of accuracy. If you’re not familiar, DigiTimes is well known to be sensational, and this news falls in that category. At the same time, we’ve heard news of an 8-inch Nexus tablet before, so it’s not out of left field.

Intel being the chipset of choice for this new device, though — that’s new. Qualcomm is the manufacturer of choice for most Android device chipsets, and their Snapdragon SoC (in one variant or another) is on all current Nexus offerings, save for the dated Nexus 10. In fact, every single Google Play Edition smartphone has a Qualcomm chipset, so Intel’s Bay Trail processor is on offbeat choice.

Further casting doubt on the rumor is the device itself. A Nexus 8 would be nice, but the LG G Pad 8.3 seems to serve that purpose in its stead. While we found major issues with the device in our review, we can’t see Google bringing an Asus competitor to the fold, especially since LG is an important partner, currently.

A Nexus 8 would be nice, but we’re not biting on this one too much. There are too many questions to be asked, and DigiTimes will only note they got the information from “upstream supply chain” sources. It’s a good one to keep in the recesses of your mind, but not solid enough to buy into.
VIA: Pocket Lint