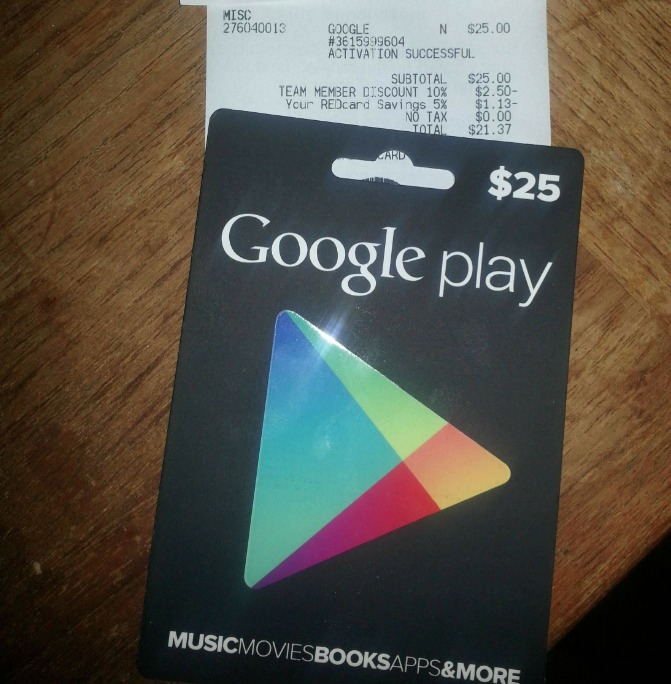 It was recently unveiled that Google is bringing the much awaited feature of gift cards to their Play Store. Now that they offer a wide variety of apps, music, movies, books, magazines and more this only makes sense. To better compete with the likes of iTunes they’ve finally integrated gift card support into the Google Play Store, only it isn’t available yet.

This was all just recently uncovered in Google’s Play Store update earlier this week. While digging in we found evidence of not only gift cards, but wishlists too. Shortly after a few pictures appeared of the actual gift cards that Google will start selling, but now we have a few out in the wild and some reports on when we can expect Google to launch this service.

The folks from Android Police received a Google Play Store $25 gift card after a reader purchased it at Target as shown above. They’ve been able to redeem it for purchases although the Play Store doesn’t have the option live yet. There’s no point in explaining how, as Google should be letting this go live in the next 1-2 weeks according to anonymous tips. 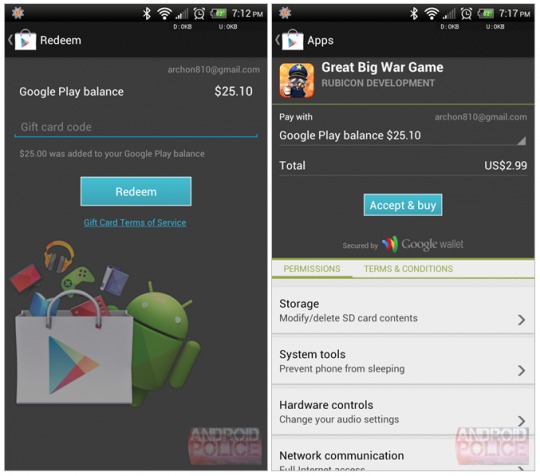 According to some comments over on AP, Google will be launching these gift cards here in the US only (for now) at Target, Walmart, Gamestop, TRU and a few others, with Best Buy also offering them sometime next year. After receiving our own anonymous tips it’s safe to say Google should be making a formal announcement and rolling out Play Store gift cards in the next 1-2 weeks. The store has full support, it’s just hidden for now.