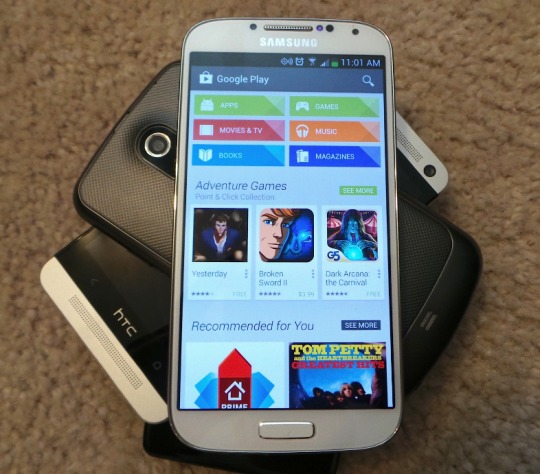 Back at Google’s I/O developer event in May the company announced how well their Play Store had been doing. Claiming roughly 48 billion apps downloaded, and over 900 million Android devices in the wild. Pretty impressive feat. This week we’ve learned things are still on target for unprecedented growth as Google‘s Larry Page confirmed even more numbers during their quarterly earnings call.

Just like iOS, who recently celebrated the 50 billion apps downloaded milestone, Google’s Android is enjoying the same fame this week. Even though iOS had a strong head start Android’s growth isn’t slowing down anytime soon and this is just one more example of that.

Yesterday during the earnings report Larry Page confirmed there’s now nearly 1.5 million Android devices that are powered up and activated each and every single day. So that doesn’t even count the ones without Google’s official support. Like all those Chinese knockoff’s and such.

In just a few months time Google’s added another 2 billion to their numbers and this week they announced the Google Play Store has officially served over 50 billion app downloads. Not only that, but the Play Store is seeing roughly 500m more downloads a month than iOS, as of late. We have a feeling we’ll be getting to 60 billion and beyond a lot quicker than the Apple.

Page ended by saying the first half of this year they’ve paid out more to developers than 2012 as a whole, so keep on creating amazing apps guys!