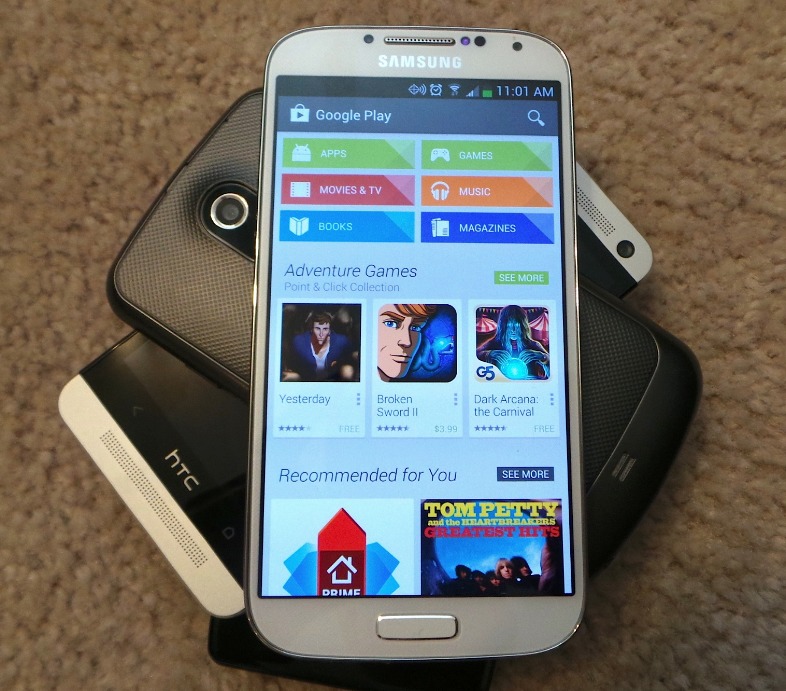 Recently both respective app markets have been boasting their numbers. With Apple claiming to have passed the 50 billion downloads mark, and Android doing the same getting to 48 billion as of late. While both numbers are impressive it looks like our good friend Android is beating Apple on the daily.

A new report out by The Telegraph has Android keeping up the pace and beating out iOS for total app downloads by as soon as October. With more than 900 million Android devices activated as mentioned in the link above, and growing at an extremely fast rate, these numbers will climb so fast that the small 2 billion+ lead Apple has will soon disappear.

Analyst Horace Dediu of Asymco claims “the total downloads/install base are currently 83 apps per iOS device sold and 53 apps per Android device activation,” meaning “the sheer weight of Android units will generate more downloads, but on a per-device basis, the iOS devices do seem to consume more apps, and the gap is not narrowing.”

With Samsung devices being in nearly everyone’s pocket, and selling by the millions, not to mention an impressive HTC One on all carriers things aren’t slowing down anytime soon. Obviously the iPhone 6 is coming later this year, which will surge iOS numbers once again, but at the current rate Android will pass iOS in total downloads by mid October.

Lately we’ve been seeing most developers launch on both platforms simultaneously, and hopefully that trend continues.