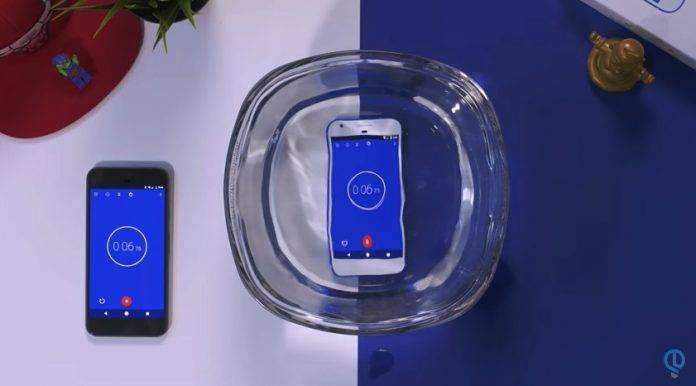 We’ve got our Google Pixel review already and we said it’s Android redefined by Google. When it was first announced, there was no mention of IP rating but we discovered soon that it is IP53 dust and water-resistant. We expected much from the tech giant so the rating is a bit disappointing but some people are saying that the phone can survive being underwater.

Water-resistant is different from being waterproof as we’ve been saying over and over again. However, this phone by Google can last being submerged in water for over an hour.

Jonathan Morrison recently shared on YouTube his own experiment. He wanted to see if the Google Pixel is really water-resistant. Usually, an IP53-rating means it can survive dust, drizzle, splash, and even raindrops but it’s nothing compared to the Galaxy S7 or iPhone 7.

The video is over one hour. It’s one long “test” but Morrison had to do it.

The verdict? The Google Pixel survived being underwater. Upon checking the screen, it was still working fine and smoothly. The first problem he noticed was the sound quality coming out of the built-in speaker. That shows some water got inside the phone. It should be okay or at least better once the speakers dry up but we’ll have to wait and see.