Much has been said about the Pixel phone by Google. In our review, we said it’s Android redefined by the tech giant. It’s not really the best phone today but it can still be a bestseller. It boasts off being the first ever Google phone separate from the Nexus line. We know it will even be better with the next Nougat update as the company promises a better encryption and security for the smartphone. Android 7.1.1 Nougat is arriving this December 5 so expect to receive any OTA alert in the coming days.

We know a lot of people are happy with the Pixel but it’s not without any issues. We’ve heard a number of criticisms about it including that one where the phone was compromised in a white-hat hackathon. It wasn’t the first time and we recently learned of image glitch spotted in Pixel images that are sent from the iPhone 7 Plus. And now we’re hearing another complaint that says the camera app is locking up at times.

The new problem related to the camera software was reported a month ago in a Google product forum. A certain Mike Fox said that his Pixel camera app shows some pink and purple vertical lines. 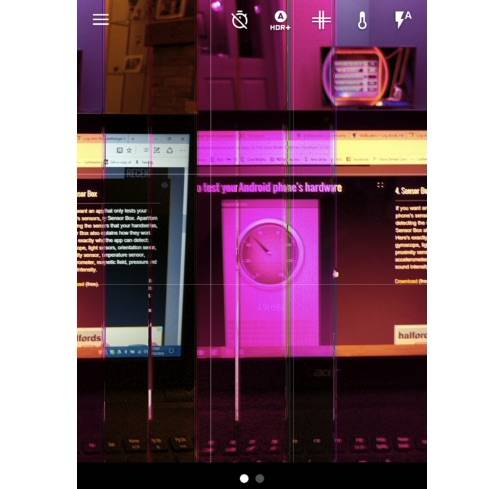 The post soon received similar reports so it means it’s not an isolated problem. This new camera glitch is said to be because of poor 4G connectivity but it’s only for international variants of both the Pixel and Pixel XL. Some owners already asked Google for replacements. Sadly, the same thing happened. Google has yet to respond to the issue with an official statement.

Next issue spotted is concentrated in Canada as some users are complaining about LTE connectivity problems. For this issue, Google already fixed it in the newest OTA software update.