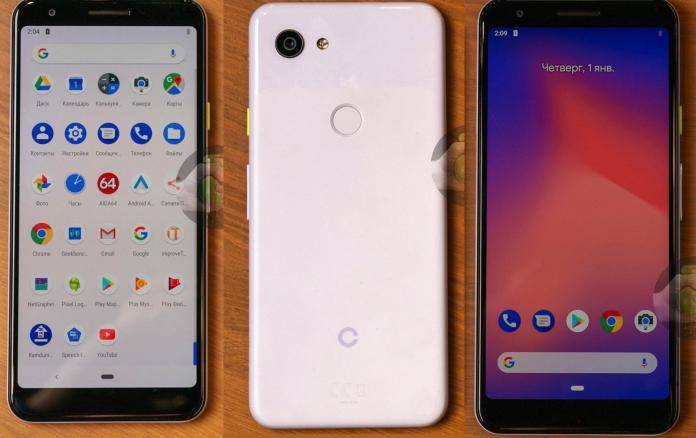 Google isn’t done yet with the Pixel series. We believe the tech giant will continue to introduce smartphones and each year, we know they will be better. They won’t be perfect but expect major advancements, if not minor improvements. While the Pixel 3 and Pixel 3 XL are being reported to have some minor issues, the company has been working on a Lite variant of the Pixel 3. Simply called as the Pixel 3 Lite, the Android phone was recently spotted on a Russian website, showing off a familiar design.

The Pixel 3 Lite sighted on Wylsa is being showcased and compared with other iPhones already out in the market. The phone shows a 5.56-inch IPS screen with 2220 x 1080 pixel resolution, plastic build, Qualcomm Snapdragon 670 chipset, and a headphone jack.

It’s a Lite variant so we’re assuming price will be lower too. We’re still not sure about the Pixel 3 Lite so we’re taking everyting with a pinch of salt.

The supposed Google ‘G’ logo appears to be a ‘C’ here so we can’t say if this is legit. Anyone can make a fake Pixel 3 Lite but we’re crossing our fingers there is some truth to the images.

We like variety and watered-down versions of premium flagship phones so it would be nice if the Pixel 3 Lite (aka Sargo) is for real. Let’s wait and see before year-end if Google will introduce a Pixel 3 Lite.