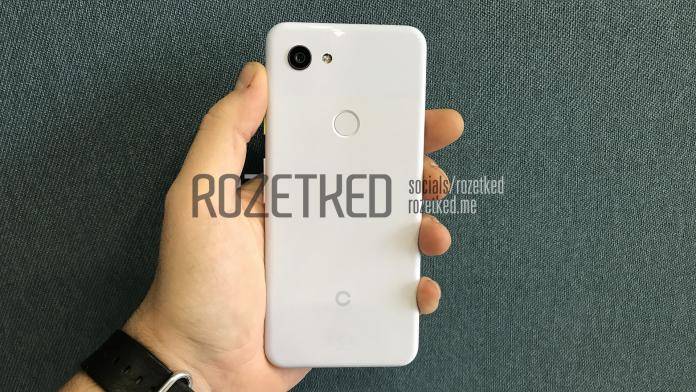 We don’t remember Google releasing any Lite version of the Nexus or the Pixel but the Pixel 3 Lite may be the first. There’s some stuff posted on a Russian website that shows photos of what is believed to be the Pixel 3 Lite. Called as “Sargo”, the phone is said to be powered by a Snapdragon 670 processor and a 3.5mm headphone jack. This is more of another budget phone and not really mid-range compared to the Pixel 3.

Information about Sargo was first sighted in the ARCore code last month. A set of images was sighted on the website so this is a first look of the mystery phone, thanks to an anonymous source. The photos look legit but they could be anything.

The Sargo Pixel 3 Lite looks exactly like the Pixel 3. There is a green power button on the right. The volume rocker is also on the right. The SIM card slot is on left. Below are the USB C slot, speaker, and mic. On top of the phone, you can see the 3.55mm headphone jack and a second microphone.

On the rear, you will see the fingerprint scanner and a protruding camera. Compared to the glass build of the Pixel 3, the Pixel 3 Lite only uses plastic.

Battery is 2915mAh with Quick Charge 4+ support. When it comes to imaging, the phone may have a 12MP rear camera and an 8MP selfie shooter. We’re not expecting a dual rear cam setup because it’s only a budget device. As for the pricing, the Pixel 3 Lite may cost anything between $400 and $500.

We find it interesting that most Pixel 3 leaks come from Russia. Most of them turn out to be true so we have little doubt about this.