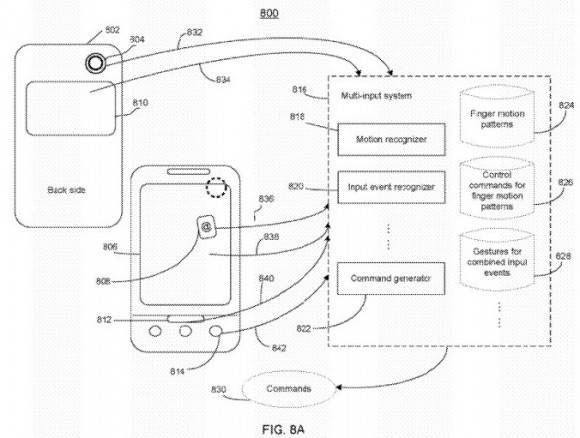 Patents have become the bane of the mobile industry as of late, but they’re also one of the best ways to gauge where a company’s going, or at least what they’re investigating. The latest patent application to come out of Google centers on a series of finger motions above a smartphone, using the front-facing camera to interpret the user’s intent. So, yeah, it’s basically just like Microsoft’s Kinect technology on a tiny scale. The patent is oh-so-creatively titled “Use camera to augment input for portable electronic device”.

What could you use this for? Well, Google’s outlined a series of gestures that could advance photos in a gallery, which is a pretty short leap to any app that requires linear progression through a list. Again, if you think of the gesture itself (which isn’t actually defined in the patent application) as a swiping motion, it’s almost identical to going through menu items on the Xbox 360 Kinect. Other functions include double and single taps, hovering and holding patterns. 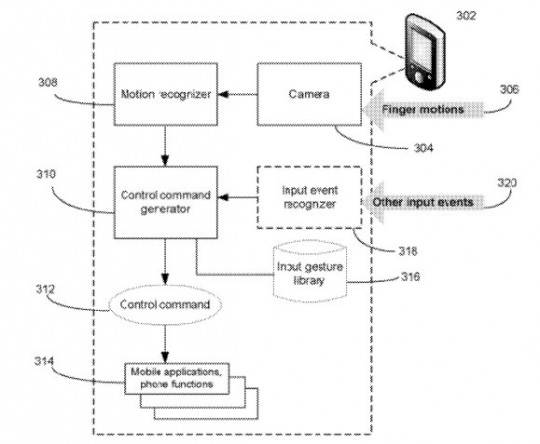 Google isn’t the first to try and use physical gestures with a phone, but it hasn’t really caught on. There’s no guarantee that the patents applied for here will be granted (though it’s pretty like) and there’s also no real indication that they’ll be used – large corporations have gotten in the habit of patenting every possible process available to them as a matter of course. obviously some one at Google is working with them, probably with Android in mind. Who knows when or if we’ll see this spring up… though I can’t help but think of the applications for a possible desktop mode or Google Glasses.