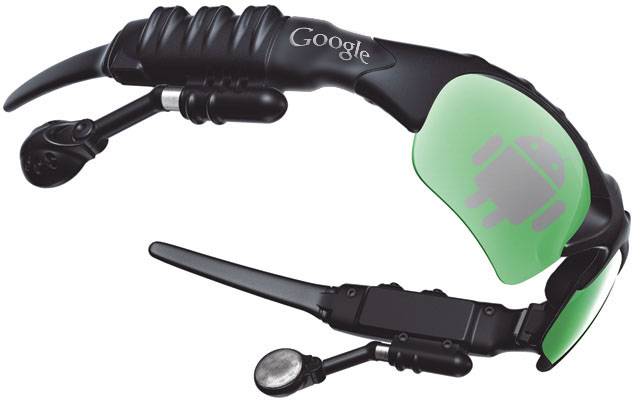 We heard rumblings about a secret project deep within the bowels of Google back in December: that the company’s skunkworks division, known as “Google X”, was working on a heads-up display technology that runs on Android. Now 9to5Google is claiming more insider information, most importantly that the augmented reality  glasses will be seeing a public testing soon, in the same fashion that the CR-48 Chrome laptop was distributed in early 2011. The source claims that Google is still ironing out the details, but whatever the company does, it’ll be “soon”.

The Google Glasses cram a surprising amount of tech into a small package, that reportedly bears a strong resemblance to Oakley’s Thump MP3 sunglasses from way back in 2004. Unlike the more scifi-inspired designs of TV and movies, the HUD screen is only on one lens, and isn’t transparent – it’s more like IBM’s designs for wearable computers from decades ago. A tiny camera and flash allow for augmented reality, as well as regular photos and presumably videos. The user interface navigates by a head-turning motion for scrolling and clicking. The miniaturized computer hardware is apparently equal to an Android phone from about a year ago, and yes, it can make calls.

If this all seems a bit out there, remember two things: this couldn’t be less official if it was hand-delivered to us by a leprechaun, and Google loves to try crazy stuff. Their driverless car program is one of the best in the world, and while it doesn’t necessarily have much to do with their core business, neither did Android when they purchased it over four years ago. If the above information is accurate, and it turns out that Google really is interested in pursuing this as a possible consumer product, we’d throw out our Ray-Bans and be the first in line to try it. Now pardon me: I have to go re-read Daniel Suarez’s Daemon.