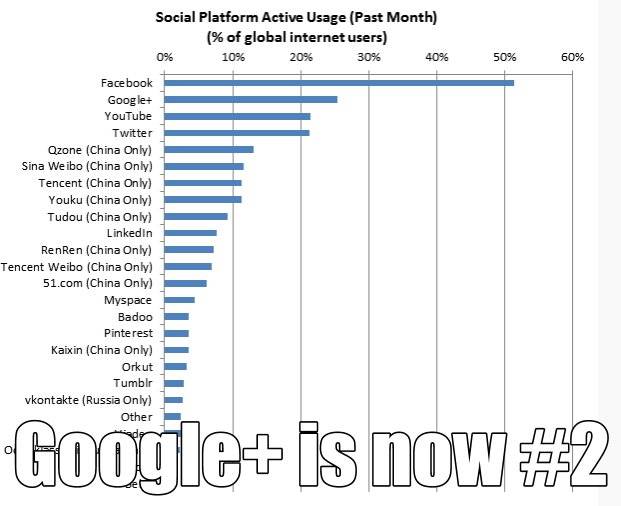 An interesting report has just been released showing basically what we all knew was coming, and that is the rise and dominance of Google in the social network scene. While Google+ is still a bit of a ghost town compared to Facebook (or is it) the amount of active daily users and discussion has exceeded Twitter. Yup, Google+ is now the second most active social network behind Facebook.

The details have been confirmed and reported by Forbes, and you can bet a huge part of those active users are the millions and millions of proud Android users. The details come from a UK market research firm that has just updated their index showing Google taking control.

Google+ all by itself has increased their numbers and now are reporting roughly 343 million users. A number that has passed Twitter, although Facebook is still holding strong with nearly 700 million users. While that makes Google’s numbers look low, once we factor in YouTube that gap is much much smaller. In general Google’s doing just fine, and once they manage to make all YouTube users Google+ users (just like they recently did with the Google Play Store reviews) they’ll be close to leading the charge. 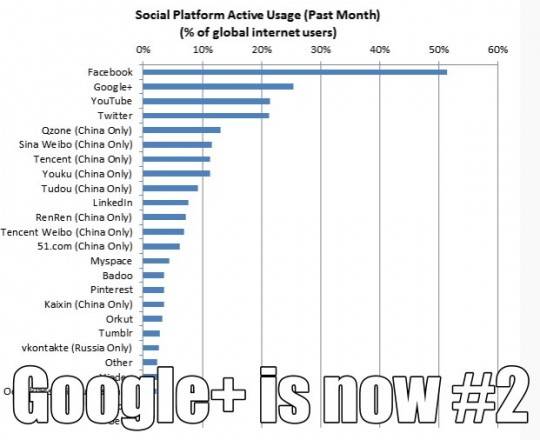 Now most of these numbers are being calculated in terms of “active users” which can mean a wide array of things. Facebook is a single-tap sign in on most mobile phones and PC’s, and the same can be said about Google+. While YouTube users are a significant count for Google, not nearly all of them are actually active to say the least. Looking over the details however it appears that both Google+ and YouTube by themselves seriously compete with Twitter. Add the two together and Facebook should be getting worried right about now (read: Facebook Graph Search) and we have a feeling the battle will only get tighter.

Pretty interesting results to say the least. We’re proud users of Google+ here at Android Community and you can follow us at +Android Community, or check out our G+ Community. Do you guys use and enjoy Google+?