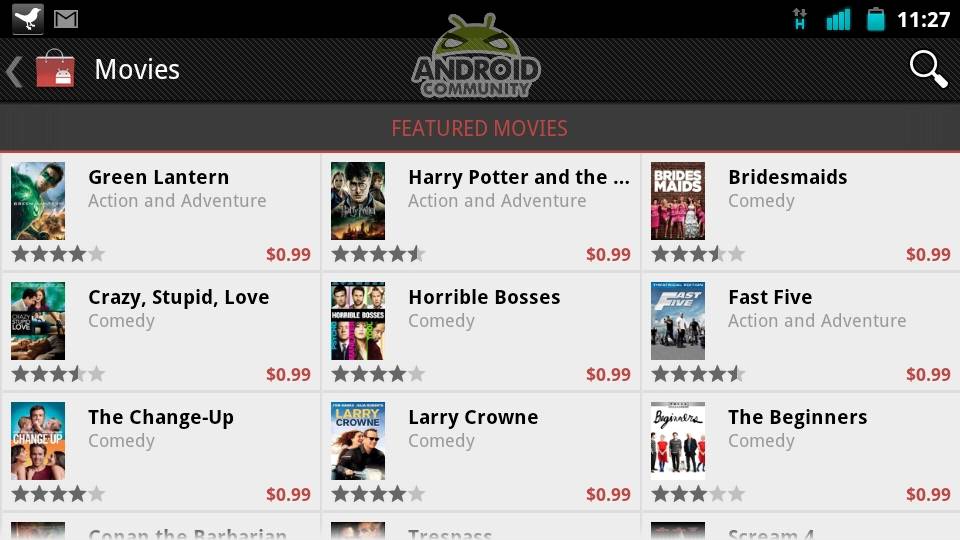 If you are enjoying the holidays with family or traveling and would like to watch a new movie then Google has you covered for the holiday season. Starting today Google will be offering the top 12 movies from the Android Market for just $0.99 cents — It’s the $0.99 cents holiday movies deal.

Now I know the first thing that might come to a few readers mind is Redbox — but those aren’t on your Android phone or tablet now are they? Most movies are $2.99 or $3.99 from the Android Market, especially new releases like what they are offering in this deal. Making this a good time to try out and rent a few movies on your favorite Android device(s). I’d like to recommend the Change-Up as it was hilarious and Olivia Wilde is gorgeous!

I’ll be traveling for Thanksgiving and plan to watch a movie or two on my Galaxy Tab 8.9 while enjoying the drive and this will definitely come in handy. It appears to only be for the US and hopefully they’ll change or add a few more after the first week but no details other than what was stated above were given. Now if you are rooted you wont be able to stream movies normally. So we’ll remind you of the streaming movies on rooted devices fix in case anyone is interested. Head down to the market and check out all the holiday special movies for just $0.99 cents.