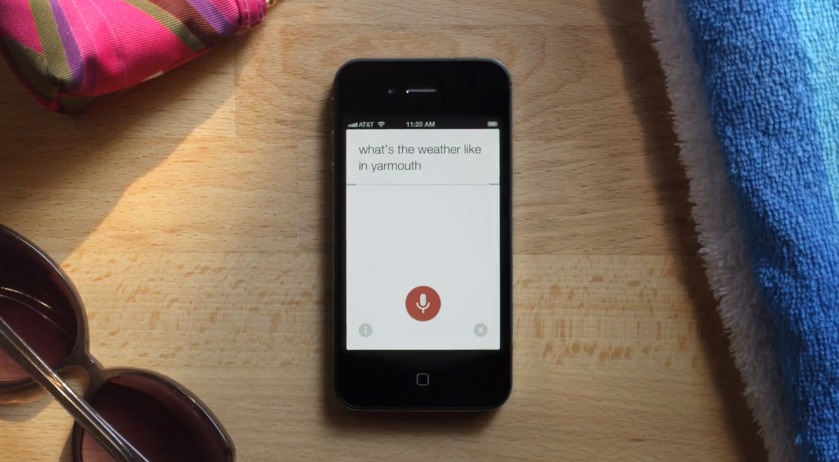 Google’s extremely impressive voice search feature, Google Now, that was revamped and released with Android 4.1 Jelly Bean is headed to iOS – wait what? Yup, you read that title right. Obviously the entire amazing feature set and “cards” of Google Now won’t be hitting the iPhone, but it comes close and is set to rival Siri on her own playing field.

Today over on the Google Blog they’ve announced that their voice search capabilities on iOS have been revamped to closer resemble those of which Android users now enjoy. Web voice search from Google on iOS has been available for some time, but not to this extend. Nor did it have the awesome speed and user interface of Google Now.

When Google showed off Google Now at Google IO it was rather amazing. The knowledge graph and vocal responses are great, but it won’t tell you a joke. Although I don’t really need it to. Here’s the official video released today from Google:

To be clear this isn’t Google Now for iOS, this is a new and improved “enhanced voice search” for iOS devices like the iPhone and iPad. Simple things like “How’s the weather in San Fransisco,” or “will it rain today” all work like a charm on Android. While this isn’t available for iOS yet, Google states it is coming soon.

My two questions that I’m sure many of our Android readers also have is: Why would they offer that awesome and impressive feature on iOS too? The answer is very clear though. It doesn’t matter what OS, it’s all about Google Search — as that is their true bread and butter. My second question is when will this be available for all Android devices, not just Jelly Bean. If you want to see all the amazing things that Google Now can do, check out our impressive Google Now hands-on.

What do you guys think about seeing this on iOS?