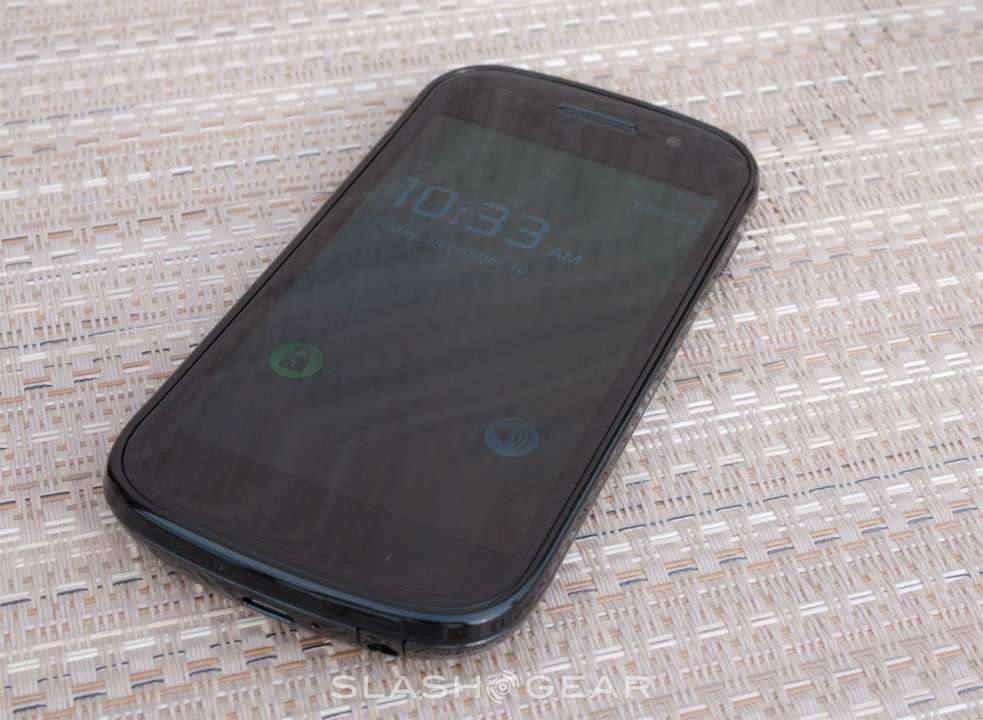 Google’s new Nexus S isn’t expected to hit the US market until December 16, but the Android Community review unit has just dropped onto the test bench. Google’s second own-brand device, the Nexus S will eventually be used to push NFC when the short-range wireless technology gains sufficient momentum, but is initially the launch platform for Android 2.3 Gingerbread.

As we discovered in our earlier hands-on preview, the Nexus S feels a lot like Samsung’s Galaxy S family of phones. We’re fans of the Nexus One’s part-metal construction, and though the Nexus S feels – with its bowed fascia – slimmer in the hand, it also feels less resilient. Like the Galaxy S – in fact most glossy-finish devices – it also picks up fingerprints quickly, though a quick wipe and they’re gone.

Gingerbread’s speed increase on the 1GHz Hummingbird CPU is noticeable from the off, with the Nexus S booting up quickly and menus panning and scrolling with no lag. One significant usability issue is the change in button order – the Nexus S swaps the search and home buttons around from their positions on the Nexus One – though Gingerbread’s improved text-management tools mean we haven’t really missed the trackball yet. Tapping a word and using the drag-bars to highlight different portions of text, or moving the cursor around the screen are each straightforward.

We can’t argue with Samsung’s Super AMOLED screen, and while it lacks the sheer pixel density of the iPhone’s Retina Display, the bright, saturated colors and crisp text – as well as the extra half-inch – make it a solid alternative to Apple’s panel and a noticeable step up from the Nexus One. It’s also responsive, with no touchscreen lag so far.

Things might change as we load up the Nexus S with apps, and there are obviously some holes in the spec sheet. Given the first Nexus phone pushed the hardware envelope so successfully, it’s a surprise to see this new version launch with a mere 5-megapixel camera and no HDMI connectivity; the microSD card slot is another odd omission, with Samsung and Google seemingly following in the footsteps of Apple and Microsoft’s arbitrary smartphone limitations. NFC does up the geek-cred, but right now there’s not much we can do with it bar say that Google got there ahead of the iPhone.

We’ll be putting the Google Nexus S through its paces over the next few days, ahead of the full SlashGear review, and seeing if this second-gen model lives up to the game-changing Nexus One.

You may need to turn up the volume in the video – I was losing my voice today.