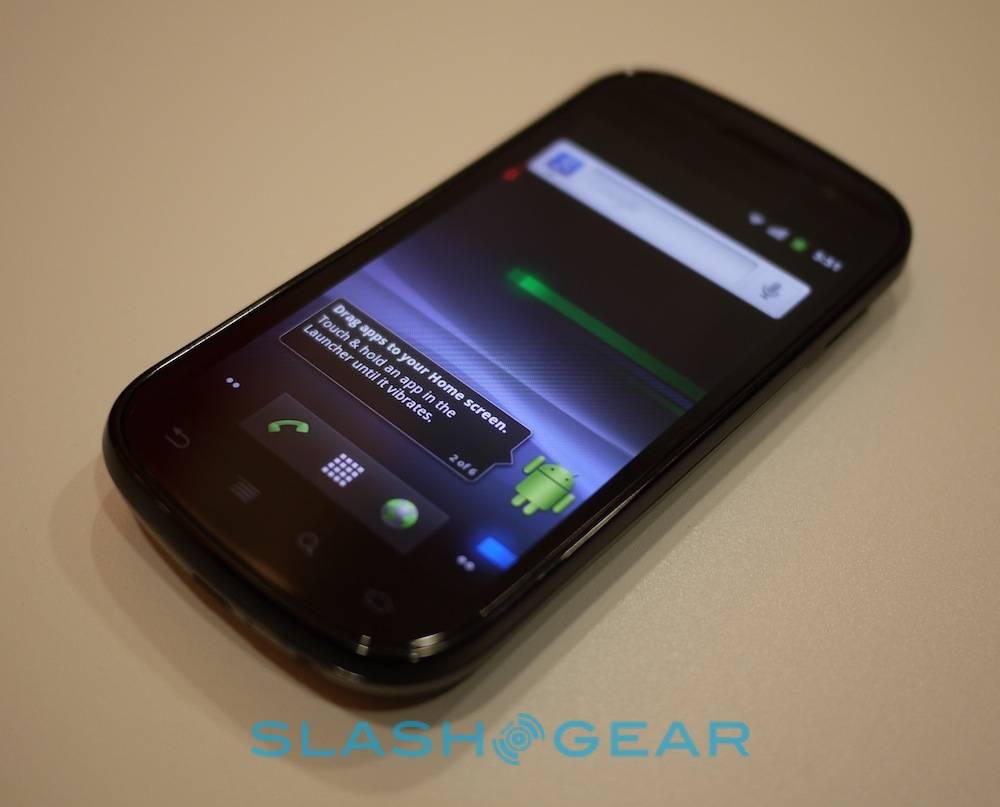 The Google Nexus S will be the new “standard” of Android handsets when it’s officially released on December 16th. Android fans have definitely been vocal about their disappointment with the device mainly because it’s not as groundbreaking as the Nexus One was, but how is the device actually once you’ve gotten your hands on it? Well, we have had some time with the device and you can check out our first impressions as well as a video demo below.

You can definitely tell this device was Samsung made with the device looking quite similar to their range of Galaxy S devices. However, the most noticeable difference on the Nexus S is its unique curved display. Proving to be surprisingly usable, the curved display is an interesting feature, and utilizing Samsung’s Super AMOLED it’s very impressive. Among the outside of the device we find the microUSB and 3.5mm headset jack at the bottom of the handset joining the mic. The microSD card slot is no where to be found, so that means no expandable memory, which is one of the major drawbacks of the device.

The device is proving to be incredibly speedy. Its 1GHz Hummingbird really gets the job done. We were concerned with their choice all the way back when we heard that Samsung will be utilizing a Hummingbird processor instead of a new dual-core chip, but with our time with the device it seems that we had nothing to worry about, it’s still a very impressive powerhouse running Android 2.3 very smoothly.

You can check out the galley of the Nexus S below as well as a full initial review of the device over at SlashGear!