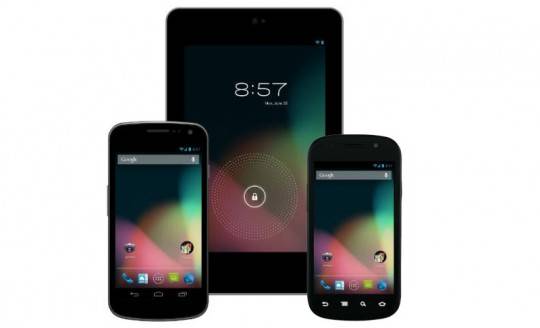 Who loves a round of good rumors? We haven’t heard too many this time around regarding the next Google Nexus smartphone but it looks like things are about to change on that front. Last year we were knee deep in Galaxy Nexus and “Nexus Prime” rumors, but this year things have been quiet. The most recent reports are on the LG Optimus G becoming the next Nexus — along with 3-4 others to follow all this year. Lets take a look.

Now lets start with the idea of multiple Nexus devices. Back in May the Wall Street Journal posted rumors that Google will adopt a Nexus Program and let multiple manufacturers all participate and create their own Nexus — which would be awesome. We even wrote our own column asking for a Nexus Certification Program. We’ve slowly been hearing more and more on that front, but these new details make it sound highly likely. Now obviously these are nothing but rumors at this point, but coming from Taylor at AndroidandMe, who’s been right in the past, we’re getting a little excited.

According to reports Google and LG will team up and launch their impressive 4.7-inch 1280 x 768 TrueHD IPS display packing smartphone powered by Qualcomm’s 1.5 GHz quad-core processor, with 2GB of RAM, 32GB storage, and even 64MB cache for media streaming — which will be a requirement for all the Nexus devices. They’re officially calling it the LG Optimus G Nexus — which I think could use some shortening. The rumor also states Google will announce the Nexus program later this month, and the first device will be released in early November — that being the LG Nexus.

The other exciting news is the Nexus program won’t be locked to one OEM each year. Instead the new Nexus devices can come from multiple manufacturers and Google will be introducing a “customization center” in Android 4.2 (either Jelly Bean still, or Key Lime Pie) where the manufacturer can use their own custom skin if they chose but it will be optional. This means you can run stock Android or choose to use the custom skins like TouchWiz from Sammy, Sense UI from HTC, Blur from Moto, etc. That’s something I’ve been waiting for since the first Nexus — and would love to see that approach seriously put into effect.

These rumors also state Android 4.2 won’t be a massive change over Jelly Bean and instead offer improved power management, better battery life, improved UI tweaks, and a new Google Play Store — as if Google hasn’t changed that enough times already. The most important change could be the multiple homescreens will be changed to a tabbed approach. Overall this is a lot of rumors, tons to read into, and all highly unknown at this point.

In the end multiple manufacturers can join in on the Nexus fun, will be required to support the customization center if they want their skins included in Android, must offer 64MB cache for media streaming (which will learn more on soon I’m sure) as well as be fully prepared to support Android 5.0 next year. We are being told Andy Rubin will unveil the Nexus Program at the end of October at the AllThingsD: Dive event, and then they’ll announce the next Nexus in November with LG, and more will follow. Get ready to buy some Nexus phones from the Google Play Store folks.