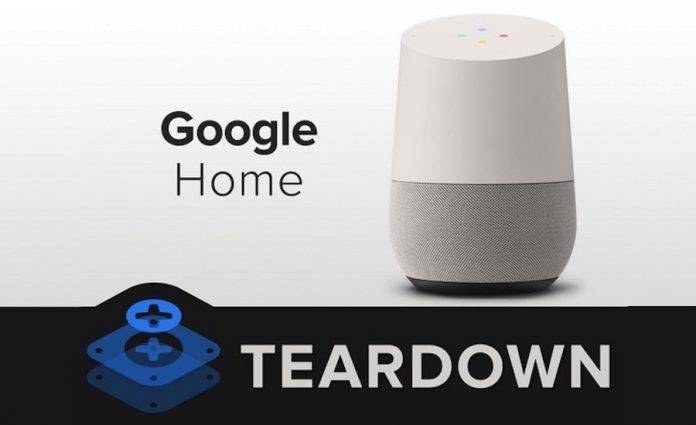 Google has really ventured into the hardware business. Aside from the Pixel phones, there’s the Google Home trying to rival Amazon’s Echo that is powered by Alexa. We’ve shared with you our review last week and noted that it’s feeling right at home with the Google Assistant. The device was earlier spotted in a Walmart store before market release. Google has been busy with marketing and preparation but it already released an update for the Google Cast app which is slowly moving to Google Home.

IFIXIT managed to do a teardown treatment of the Google Home and discovered that the device has high reparability. That means it’s easy to repair. The smart home device received a score of 8 on the repairability chart. That’s good news for those who want to “tinker” and”fix” stuff. The only challenge encountered was when the capacitive touch board was a bit difficult to remove.

Using the correct tools. IFixit was able to pry open the device and see its guts spread out on the table. The Amazon Echo scored 7 but Google Home exceeded it with 8. This is somehow expected because the Google Home was designed with “modular” in mind. It was also discovered that some of the components of the new Google Home can be found inside the Chromecast.