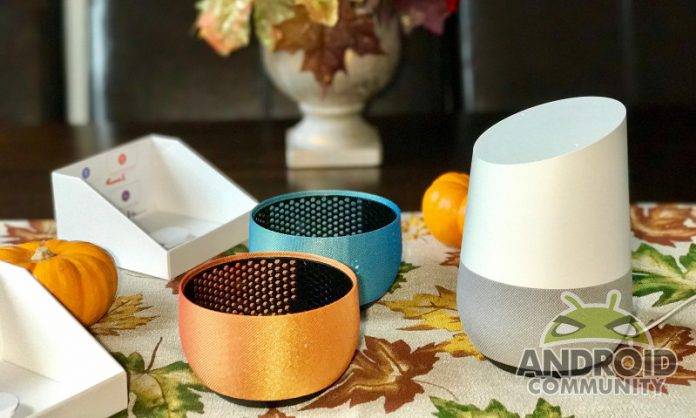 While Google might be ubiquitous, thanks to Android and the Web, there is one area of our lives it hasn’t fully conquered yet: our homes. Specifically our living rooms. Google TV was stillborn. It was supplanted by Android TV, which still isn’t as a big a presence as Google might have hoped. And while Chromecast is indeed more popular, it still serves only a niche market. Third, or fourth, time’s a charm right? Last month, Google made that attempt with Google Home. But this time, it’s quite focused on what it’s for. And it all starts with “Ok Google”.

It’s unavoidable that parallels will be drawn between the Google Home and the Amazon Echo, as both serve practically the same purpose and functionality. But while the Echo looks like a canister prop from a TRON film, the Google Home takes on a more homely appearance, one that isn’t that alien from living rooms. A humidifier or essential oil diffuser. The body of the Google Home is almost seamless, only broken by a different colored bottom half that magnetically attaches to the plain white top. That bottom is actually just a simple speaker cover that you can exchange for other colors, with Google offering optional orange and blue grilles. As separate purchases, of course. 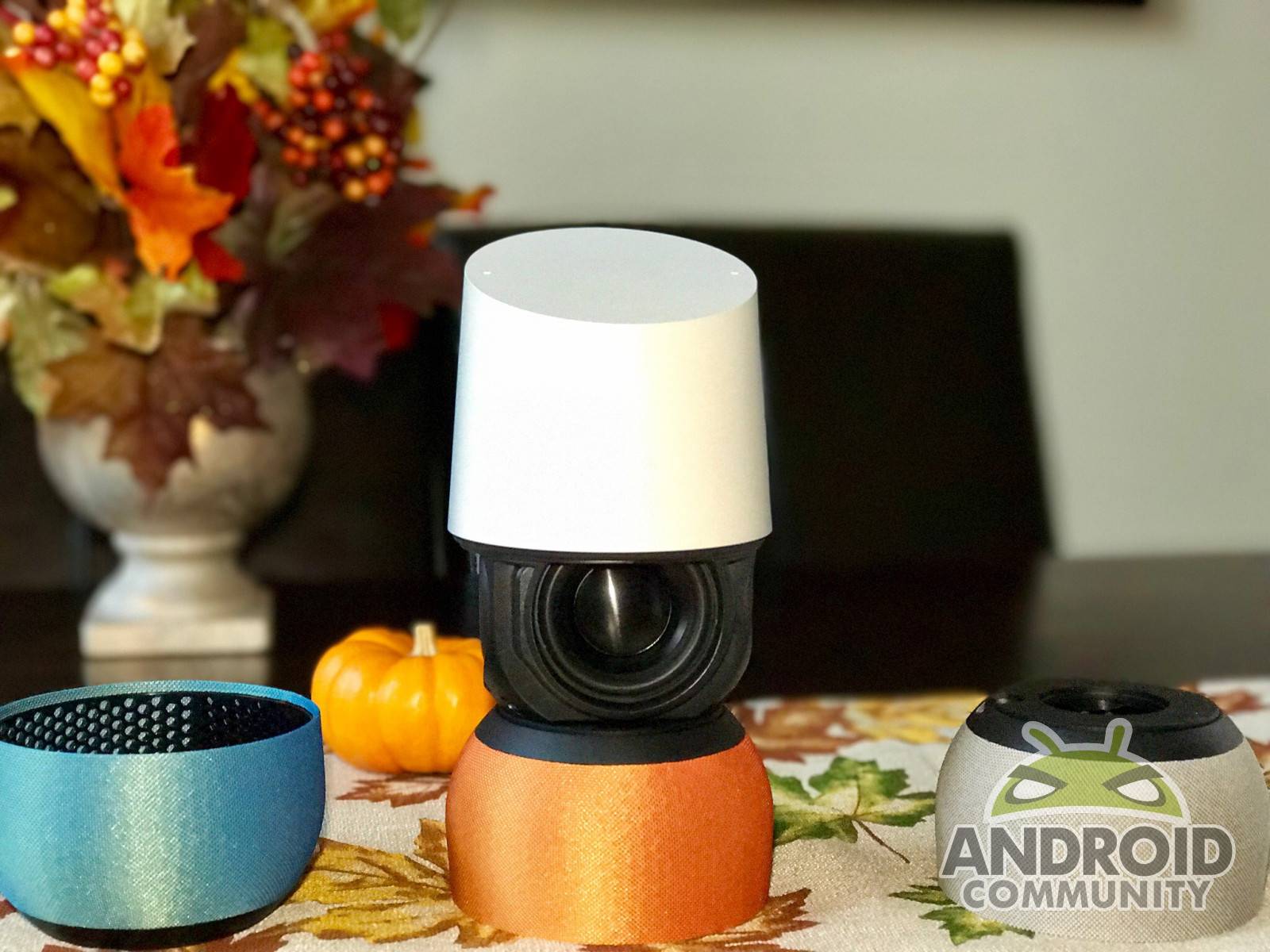 As for the speakers themselves, that is comprised of a 2-inch driver and two 2-inch passive radiators. The power cord also plugs it at the bottom and Google has sadly opted for a proprietary connector instead of, say, a USB-C or even a micro USB plug. Given the Google Home’s design, there very little option for an external, portable battery pack that won’t jut out. Simply put, Google has made it clear through its design that the Google Home is really meant to stay at home. 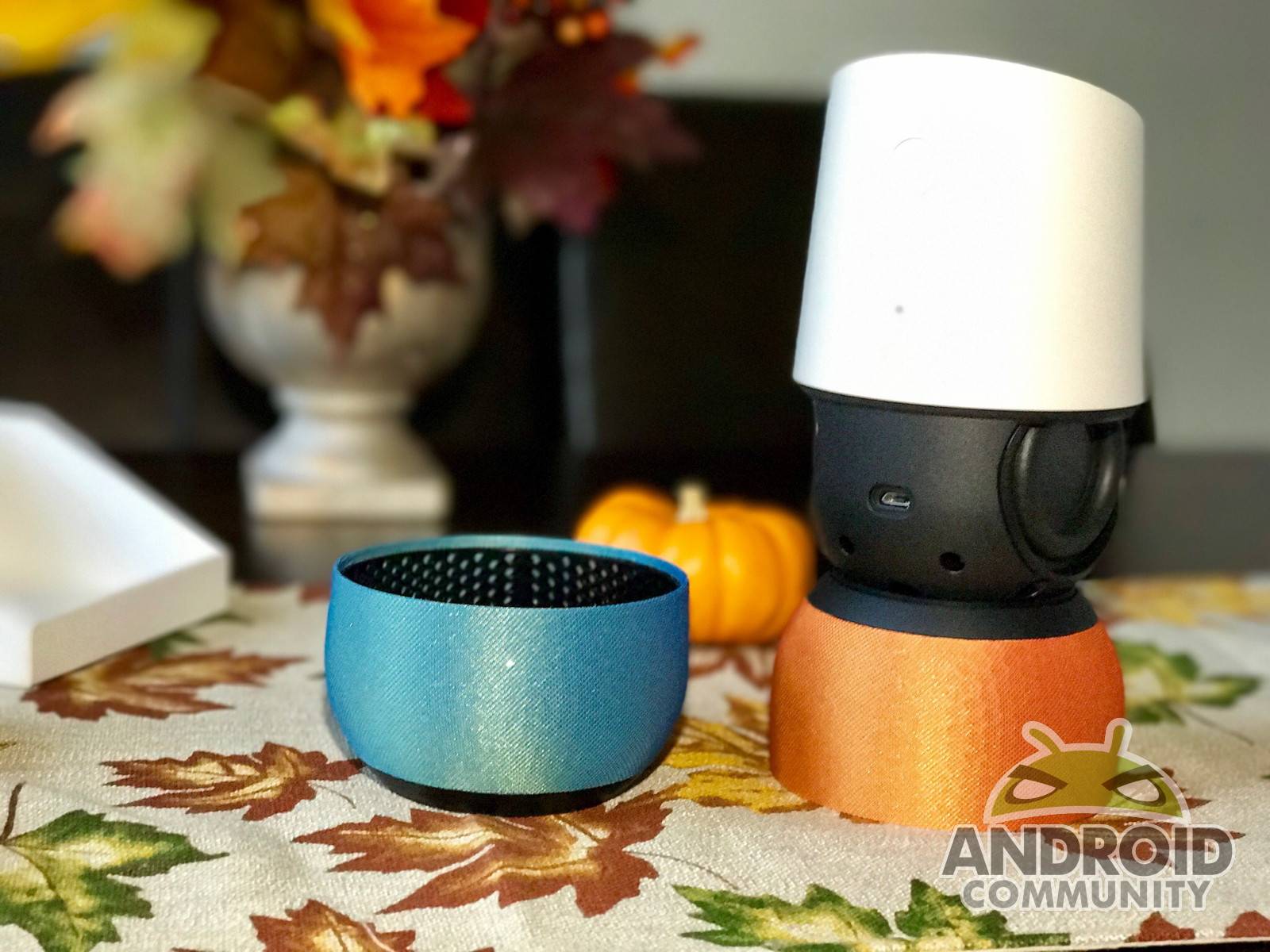 The top of device is flat but not completely horizontal. Its angled face isn’t simply an aesthetic decision. It is also a functional one. That surface is touch sensitive, and sliding your finger in a circle, in a clockwise or counter-clockwise direction, adjusts the volume appropriately. There’s also a capacitive button at the very top that you can tap to activate Google Assistant manually, should voice activation falter. And four LED lights, colored to Google’s theme, indicates that it is ready to listen. 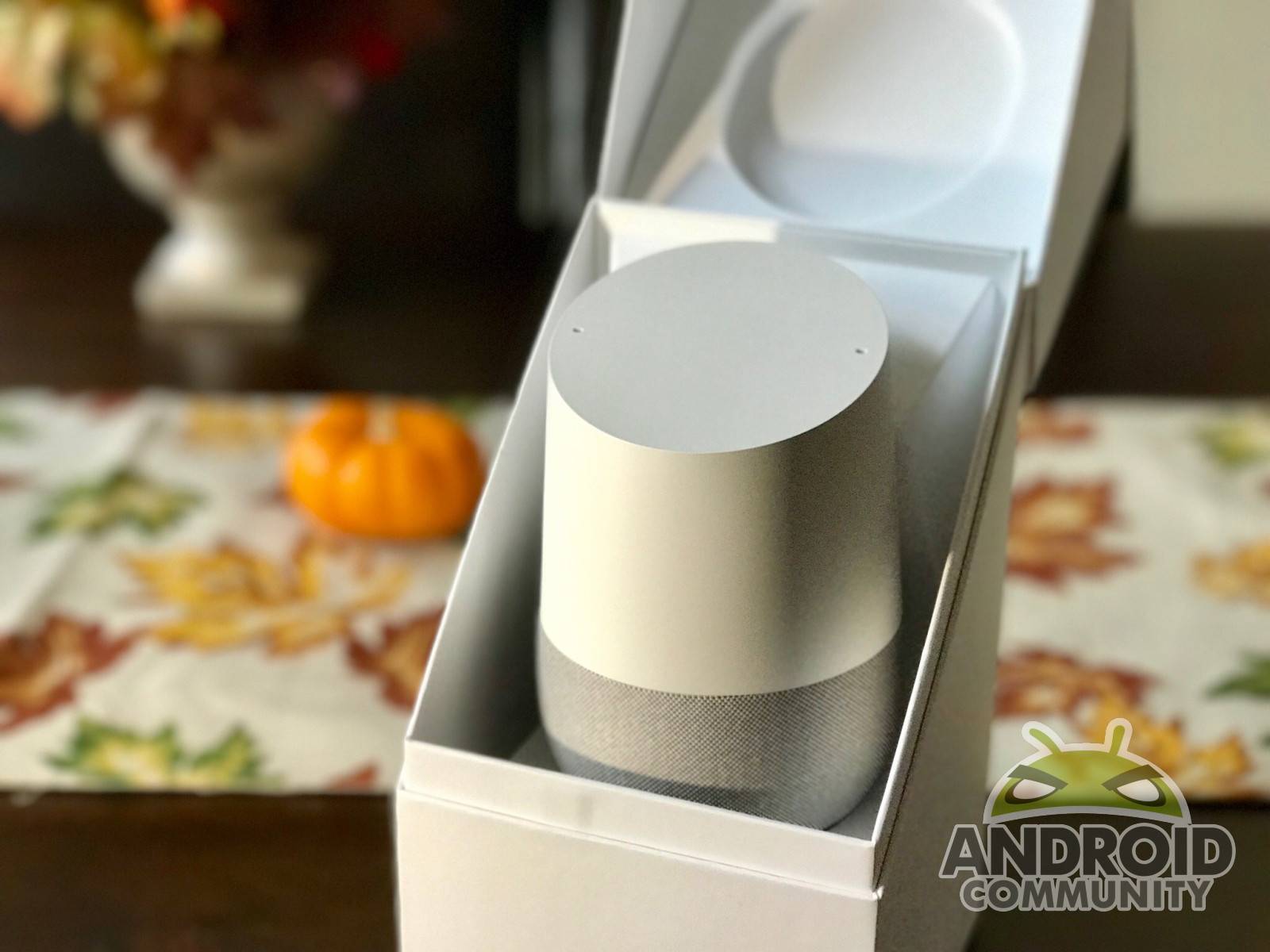 By its lonesome self, Google Home is practically no better than Google Now, or Google Assistant, on your smartphone. You can ask it to search for things and it will dictate the results. Ask it for the weather and it will find results using the location on the smartphone you used to set it up. Ask it for your upcoming appointments, however, and you might develop a paranoia for missing important meetings.

Google Home’s real advantage arrives when you have other smart devices in your home. While any Chromecast will work, it’s more existing if you devices like Nest, Philips Hue, or any SmartThings-powered appliance. You can also connect to different music streaming services . Except for Apple Music. Adding them to Home’s control is simple and straightforward, though for certain accounts or devices, you’ll need to enter in your account credentials. All of that happens on the new Google Home app, formerly Google Cast.

But while Google Home would have us dreaming of the home of the future, where everything is conveniently controlled by voice from an inconspicuous object, like Google Home, in practice, it is still quite rough around the edges to make for a compelling proposition. Both hardware and software would make you think that this is yet another beta-quality product that Google may have released a tad too early. 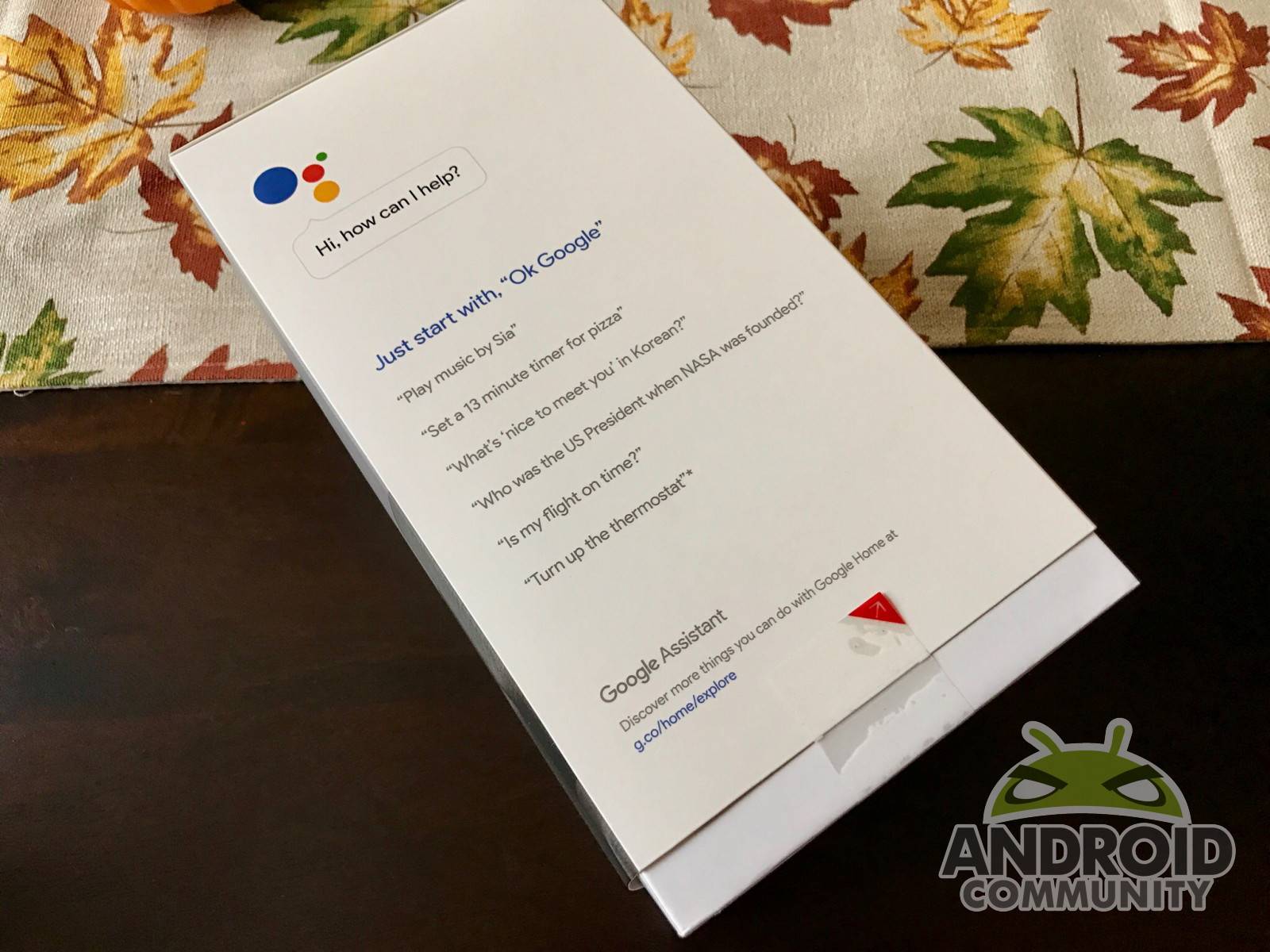 Mind you, the speakers are loud, which is impressive for such a cramped space. Perhaps even too loud, as it can sometimes overwhelm the far-field microphone array when you’re trying to say “OK Google” while playing some music. Good thing there’s a button to tap, but that shouldn’t be majority of the case. The Amazon Echo certainly doesn’t seem to have problems there. 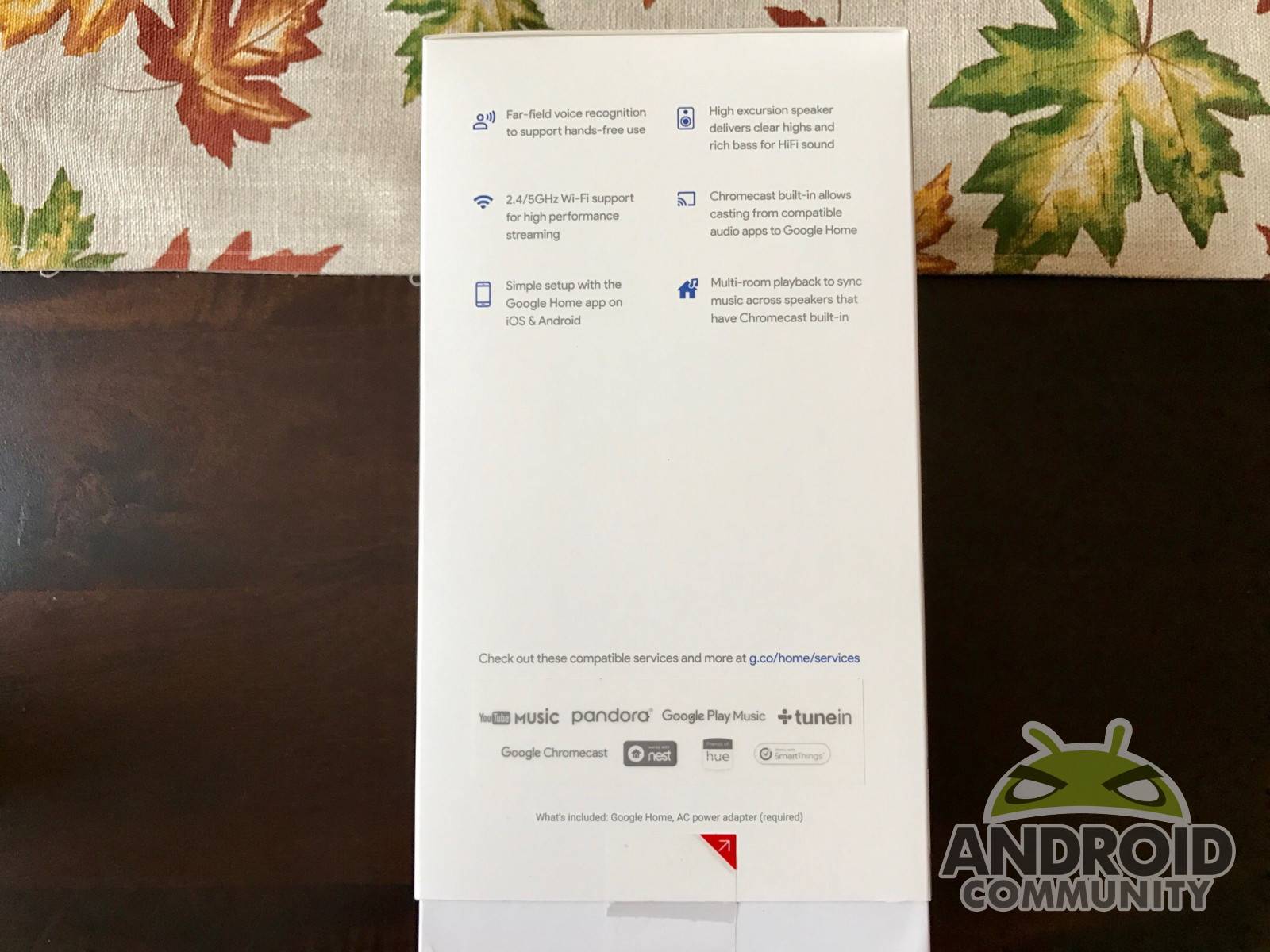 The biggest concerns, however, are on the software side. Fortunately, they could also be the easiest to fix. First is, of course, the lack of available integrations at the moment, though that can be worked around using IFTTT, which now has an Applet specifically for Google Home. But sometimes, even those that supposedly integrate already, like Google Calendar, seems to be a bit broken, with Home unable to find any trace of appointments. And finally, Google Home has the rather ironic limitation of not supporting multiple accounts and multiple users. The lone account used by Home is the account used to set it up. Dad and mom can’t have separate calendars or search histories, for example. Worse, however, is that there is practically no security measures built-in. Anyone who can say “OK Google” or tap the button to trigger it can practically have access to the user’s data, including, for example, private e-mails.

Again, these are more like growing pains rather than critical deal breakers. Almost all, save for the mic problem, can and will be resolved in future software updates. Google has promised an “Actions” update that developers will be able to harness to offer even more functionality to users. Best of all, that will be made available to all Google Assistant-powered devices, Pixel and Pixel XL included. Still, Google Home itself, at this point in time, may feel like a work in progress. Luckily, it will only cost you $129 if you do decide to make an investment. It’s a rather raw $129 “beta” product, but that wouldn’t be out of character for Google anyway. 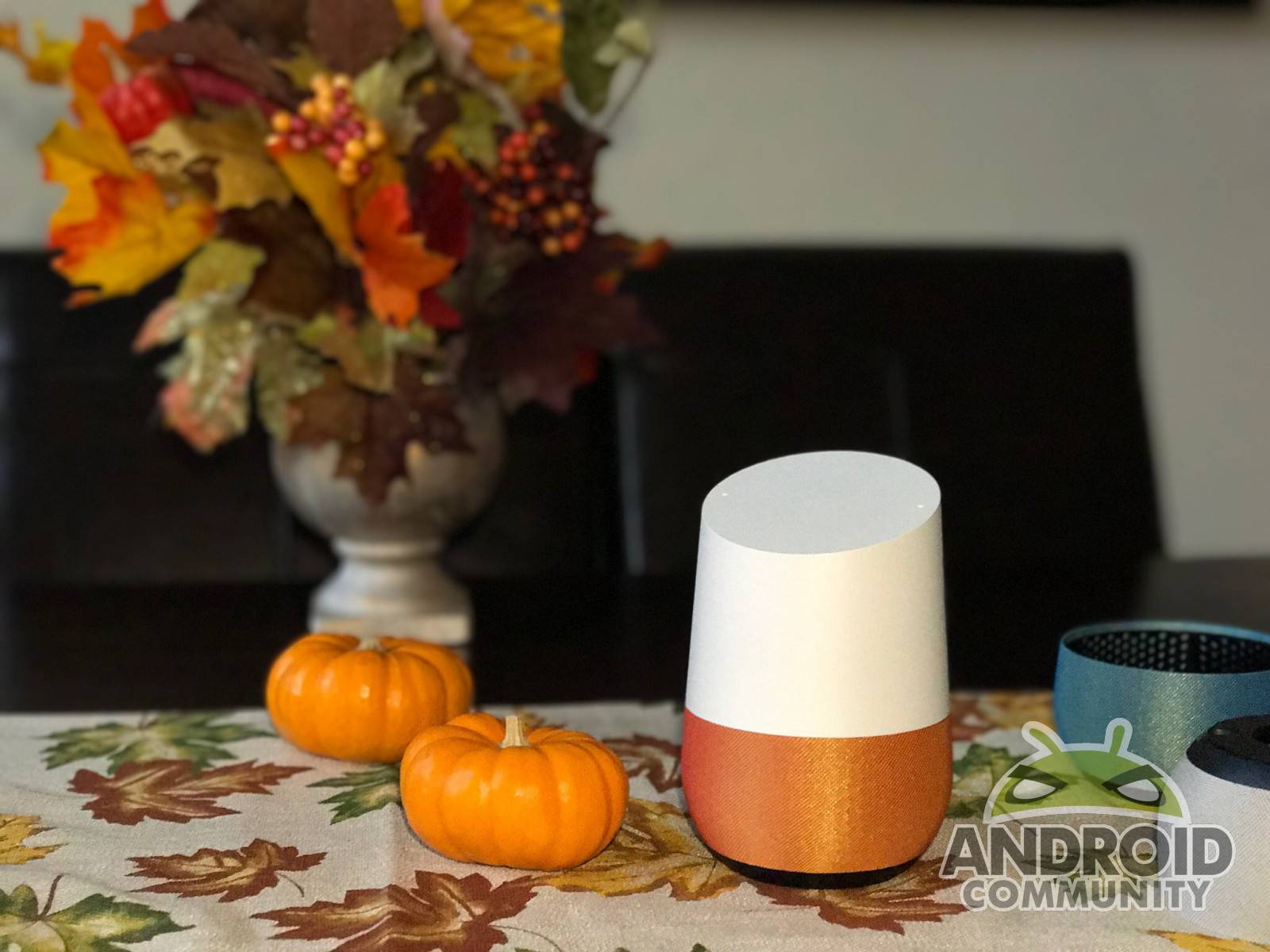