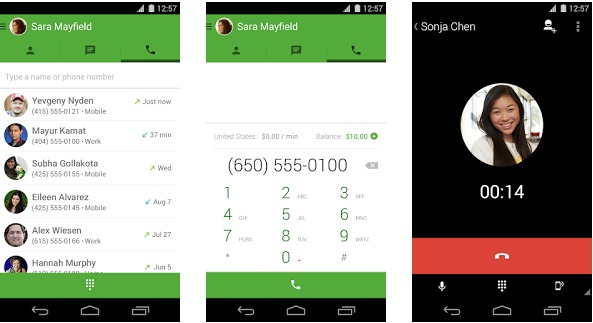 There you have it. Just a day after we were speculating about the seeming migration of Google Voice to Hangouts, Google has officially made an announcement to the effect. When you update your Hangouts to its latest version, you will now be able to make free calls to other users of the messaging service, to numbers within the United States, and for a low fee, even calls outside the country.

We reported on the fact that several Google users were receiving the prompt to migrate their Google Voice to Hangouts, even though there wasn’t any official announcement yet. When things seemed to not be properly working yet, we speculated that not all the kinks had been worked out but that the change was imminent. Well now it is and as long as you update Hangouts to its latest version and you install the Hangouts Dialer, you will be able to make free voice calls, just like you would most other free messaging apps.

There is no mention though if Google Voice is totally done for, although there is probably no use for it now when you can make calls from Hangouts. We also don’t know for now if there will be a way for the “unread” messages from Voice to be retrieved from Hangouts or somewhere else, since the migration yesterday wasn’t able to let users listen or read their messages.

You can update Hangouts through the Google Play Store or you can also update it manually. Don’t forget, you need to download Hangouts Dialer first to be able to use the free calls function of Hangouts.