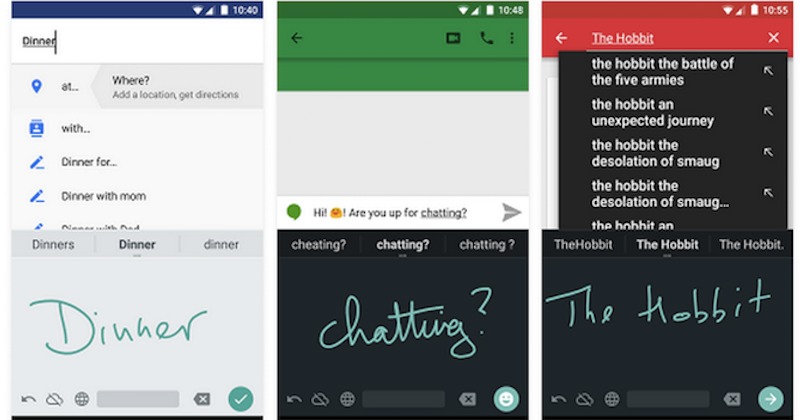 We’re already living in a digital world where things can be typed on a physical keyboard, on-screen keyboard, touchscreen, touch display, or whatever surface. Some mobile devices like the Samsung Galaxy Note 4 feature handwriting features. while others even come with a special stylus like the Neo Smartpen N2. For those who have ordinary tablets or phones, there are several mobile apps that bring handwriting input.

This app allows the user to handwrite a text in 82 languages on a tablet or a smartphone. App allows cursive and printed writing even without a stylus so it can be pretty useful to those people who believe there is still beauty in the handwritten text. To add some fun and character to your words, you can add emojis not just by choosing and clicking but by actually drawing.

Google Handwriting Input is meant to be a complement to voice input and touchscreen typing. It’s more than useful for other languages that are difficult to type on a keyboard. With this, anyone can just write down a word or a phrase and translate to digital text. A bad handwriting won’t even limit the app because it’s been programmed to analyze words to the best of its abilities. Now this one is worth a try.