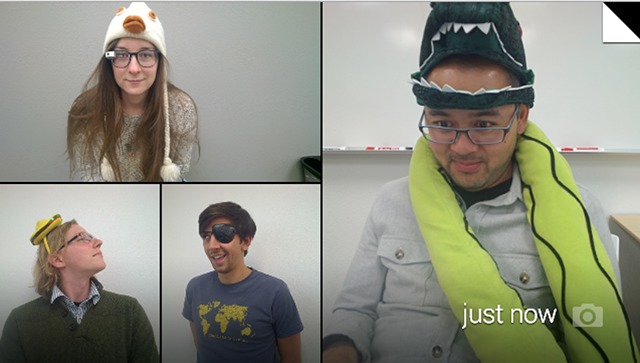 It’s a bit later than the promised February timeline, but Glass Explorers will definitely be getting a big treat really soon. Google has just teased an upcoming update to the Google Glass firmware that, among other things, adds Android 4.4 KitKat, photo bundles, voice command sorting, and a whole lot more.

The biggest change is also the most subtle, according to Google. For end users in the Glass crowd, they might not even notice the difference. But with the next update, Glassware developers will be able to make use of the latest Android API along with the Glass-specific GDK. That’s right, Android 4.4 has finally arrived on Google Glass, making sure that the smart spectacle is running Android’s latest and greatest.

The update, however, wouldn’t be that much if that was the only change. Google is throwing in a mishmash of new features in this round. The new photo bundles feature collates photos, videos, and other similar media into a neat bundle whenever users scroll through their timelines. Related to photos, users will now also be able to reply to Hangouts using a photo, whether taken right then and there or snapped up before. The list of voice commands is growing rapidly and is expected to grow even more as Glass firmly takes root. In order not to overwhelm users with choices every time they utter the magical “OK, Google” phrase, voice commands are now sorted based on how often or how recently you’ve used them, ensuring that your favorite ones are right at the top of the list.

Unfortunately, Google giveth and Google taketh away. Video calls will be going away in the next update, but only temporarily. This was due to user feedback pointing out how poor the quality of the service was. Fortunately, Google plans to put it back when they are able to give it more polish, though they don’t have any timeline for that yet. This is definitely one of Glass’ biggest updates yet, so Explorers should look to later this week when the update finally starts rolling out.