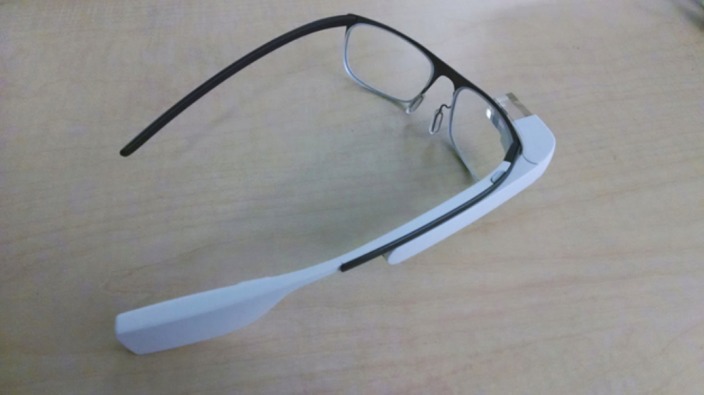 Google seems to be doing a good job at keeping Glass in the news. And while Google has yet to offer much in terms of when Glass will be available for the general public, they do seem to be inching closer towards that time. But for now, there are still some key issues that need to be worked out. One example here are the prescription frames. But with that in mind, it looks like one Google employee may have shown those off a bit early.

The images were posted on the Google+ page for Brian Matiash, though they have since been removed. Needless to say, this is the internet and that means images tend to stick around once posted. You can get a look Google Glass sitting in a prescription frame in the two images here in the post. Of course, the styles will vary and this is just one example of what will likely be many. 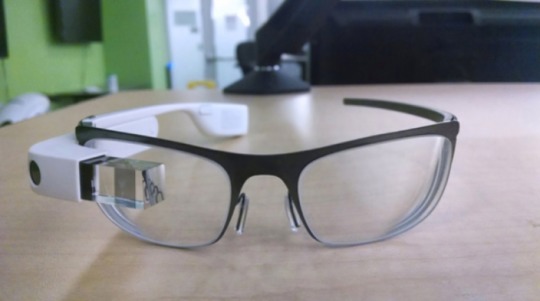 As you will notice, these pics show the prescription frame being sort of tucked into Glass. The actual Glass portion still appears to stand out a bit, but that may be due to the white Glass being mounted on black frames. Regardless though, one thing is certain — while prescription frames will not completely hide the fact you are wearing Glass — they do have a better look. Well, better as compared to wearing what appears to be a glasses frame without any lenses anyway.

Otherwise, aside from getting this look at some prescription Google Glass frames, Google has begun sending out invitations that will allow current Explorers swap out their v1 hardware for the v2 model. And perhaps more exciting for some, Google Glass now has official Google Play Music support and the Glass Mirror API has also been opened and made available for all developers.