Google has earlier announced a refresh of its Google Glass hardware that will be offered not only to new applicants but even to old users as well. Some of those new units have landed already into the hands of some individuals, but the invitation to swap out old devices for new ones has just arrived now for existing Explorers.

Google understands that some users might be rather hesitant to part ways with an old friend so the offer is entirely optional. The invitation notes, however, that Google will only be designing for the newer version moving forward. So accessories, such as those revealed earlier, may not work on the older iteration of the hardware. 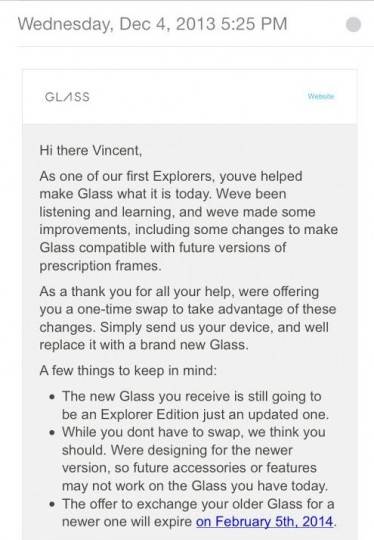 The process to get a new one, should you decide to, is simple and painless, aside from an emotional scar here and there. Once you have signified that you want to swap out your old Glass, Google will reserve you a unit and then send you a box return box with a prepaid return label. The new Glass will be delivered 3-5 days after Google has received your old one. Owners will even be able to choose a new color if they have gotten tired of their first option. 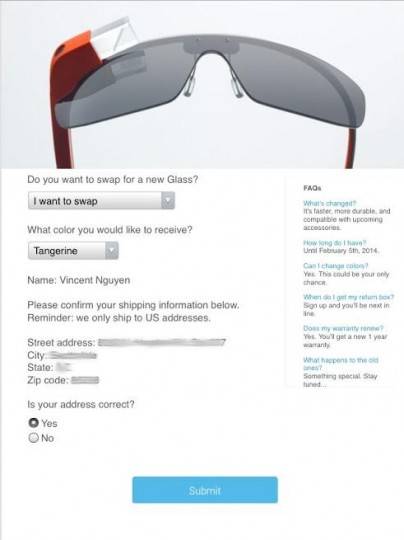 The one-time offer to update to Google Glass v2 will only be valid until February 5 next year. We’ll be sure to keep you updated once we’ve received word on what lurks beneath this new version of Google’s smart eyewear.