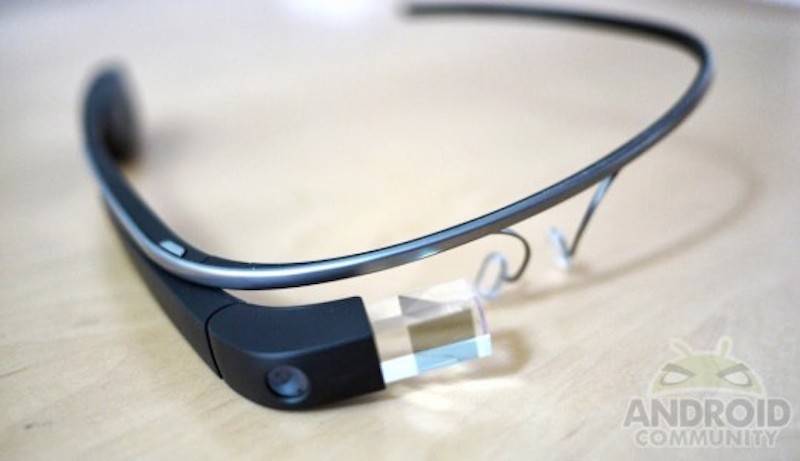 Having a pair of Google Glass could be the coolest thing today for geeks. It’s probably the best wearable tech device right now but since it is a first release, the Glass has limited features. A recent update to the MyGlass app brought bug fixes and notifications can now be sent from the phone to show on the Google Glass display screen. While the latter is a helpful feature, it disabled notifications on an Android Wear device. This means you cannot use Android Wear and Glass for notifications at the same time.

This is a bit disappointing because there are Glass owners who would still prefer to see notifications on their smartwatch. When notifications on Glass are enabled, you will no longer receive them on any Android Wear-running device. This could be frustrating for some so we’re hoping Google enables simultaneous notifications as needed. 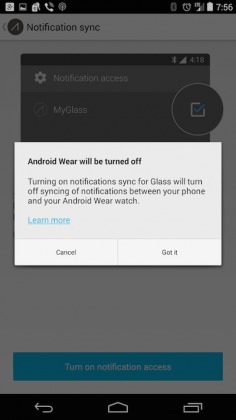 Keith Myers, an active Glass Explorer, noticed this problem when he received the update XE22 a few days ago. According to Keith, Google has cut off connectivity to his LG G Watch when Glass notifications are enabled. Other functions dependent on connection to his smartphone like Notes, Google Now Cards, and Music controls have been disabled. This could be an early bug so Google Glass develoeprs should look into this immediately.

A number of Google Glass Explorers who also own Android Wear-running smartwatches are disappointed with this news and they hope Google brings a fix soon. One commented that since the Android Wear SDK was designed with multi-device support, there is no problem that Google would bring it soon. The company has not finished it yet.

True enough, Google is already working on the issue. A Google Glass respresentative quickly responded to Myers post and said:, “Thanks for the feedback. We’re looking into it. This one is actually a bit complicated so it will probably take at least a few months”.

Google has heard the the Glass Explorers’ plea. However, it might take a while before the issue is fixed.