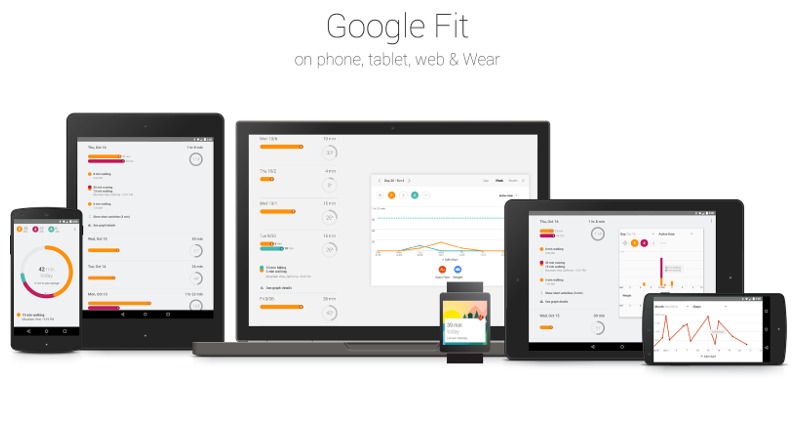 Google has finally and fully unleashed its own take on the intersection of health and mobile devices. Google Fit, which it announced at I/O 2014 back in June, is finally here and you can access it easily from any Android device via a dedicated app or, alternatively from any Web Browser. And, like with almost anything Android-related, Fit isn’t exclusive to Google’s sanction apps and devices alone and is open to other pre-existing, and perhaps more popular, fitness platforms already in the market.

Responding to the growing number of health-oriented wearables and apps, as well as perhaps Apple’s own HealthKit thrust, Google came out with Google Fit to become the de facto health platform, at least as far as Android is concerned. Although still a bit vague when it was announced, the release of the Fit SDK last August clarified the features and goals of the new platform. At its very core, Google Fit utilizes your smartphone’s or smartwatch’s sensors in order to gather data. But more than just harvesting, it becomes a repository of activity-related information that other apps can tap into or, conversely, contribute to.

That last part is a significant feature of Google Fit. With the SDK, other apps and devices can also make their own health data available to Fit and Fit will pool those all into a single place. The end result is that you can keep on using your favorite fitness band or service, but you can view all that data under a single place. Thus, Google Fit becomes both a repository and a hub for all your fitness needs. Of course, this doesn’t happen by magic and app developers will need to hook into Google Fit to achieve this. For now, onlhy Strava, Withings, Runtastic, Runkeeper and Noom Coach have been named, but more are sure to come. It will be interesting to see if OEM-related services, like Samsung’s S Health or Sony’s Lifelog/Smartband will also be game.

Google Fit can be viewed on Android and Android Wear devices via a Google Play Store app or from a browser using the web portal. Given its youth, it might take some time before Google Fit becomes a widely used platform. Google has also laid the groundwork for even more data to come from smartwatches when it added GPS support to Android Wear last week.